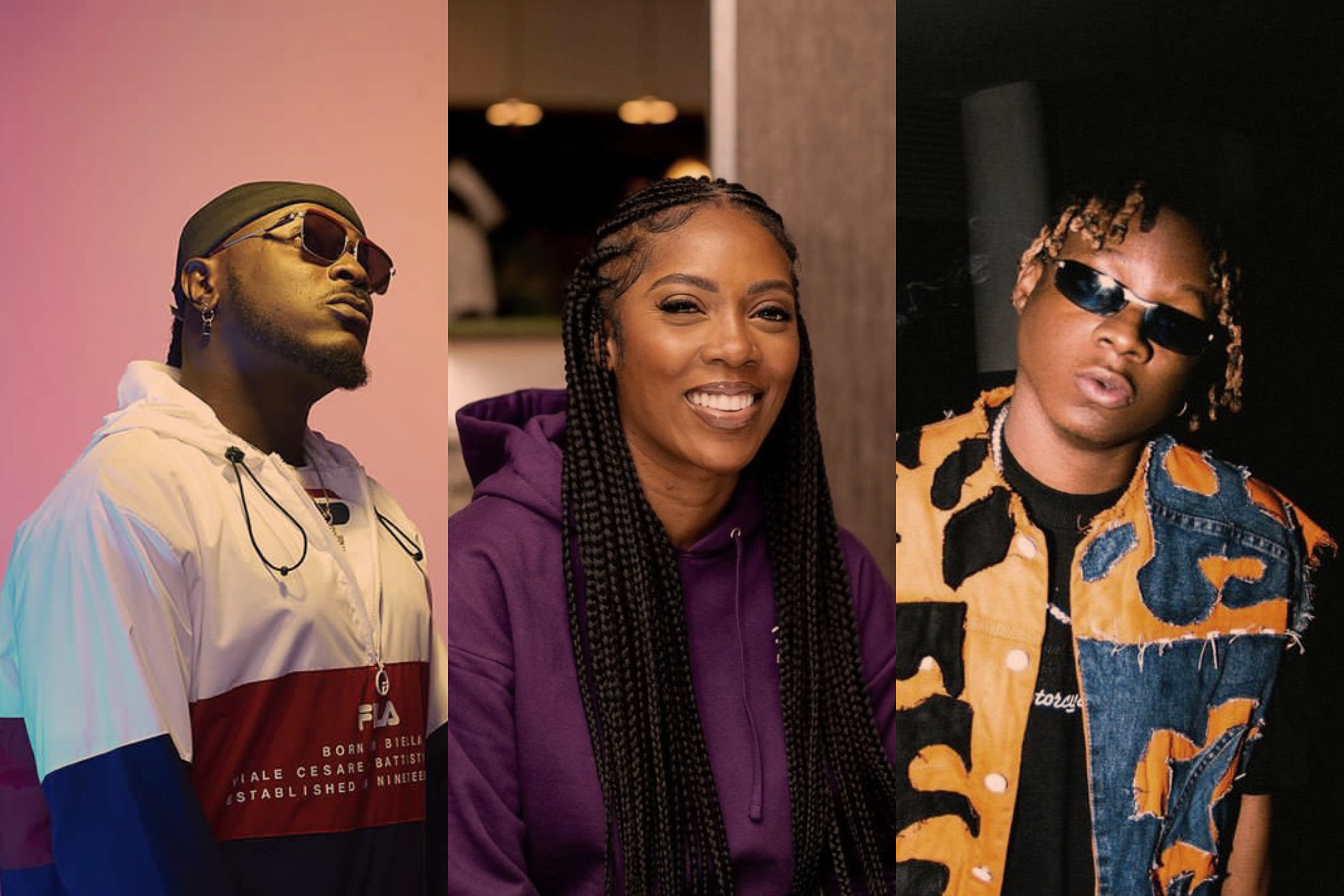 The just concluded week had a lot of Afrobeats offerings like Tiwa Savage and Zinoleesky coming together to the infectious tune ‘Jaiye Foreign,’ Peruzzi ending his 6-month hiatus with two new singles, and the likes of Terri, Skiibii L.A.X etc also had something to offer. Without further ado, check out some of the best new Afrobeats records released over the weekend.

A collaboration between the songbird, Tiwa Savage and street-hop sensation, Zinoleesky is one we never saw coming. As incalculable as it seems, the combination is apt, it produced a colourful rendition of Afro-pop’s groovy, experimental, and eclectic terrain.

‘Jaiye Foreign‘ pairs Tiwa Savage and Zinoleesky over the mellifluous instrumentation of the track provided by renowned beatsmith, Pheelz. The song finds both vocalists in self-assured, especially Tiwa Savage as she takes control with unapologetic verses and a sassy hook. In the last few years especially, the Nigerian songstress has shown a willingness to revel in her successes as one of the most visible artists on the continent, and she continues to exhibit well-earned self-confidence on this track.

Zinoleesky on the other hand vocalizes side by side with Tiwa Savage, giving melodic responses to her lyrics. Tiwa sings, “maybe na highness make me look the finest to you, keep up with your finesse, I go wait till half past two.” Zinoleesky follows with a melodic response, “don’t listen to me girl I’m drunk, I’m only in love with my song, when I wake up in the morning, don’t say what are we now I’m sorry.”

The song is completely euphonic, a potential smash to say the least.

Peruzzi’s 6-month hiatus was quite felt in the Nigerian music industry, especially by his fans who have been clamouring for new Ruzzi-music. Well, there’s good news. After delivering his first instalment for 2022 back in February, he went into oblivion which actually turned out to be brief. Six months later, the vibe machine is back in grand style delivering two new songs, ‘Hypertension‘ and ‘Things I Need.’

‘Hypertension‘ seems to be the special cut, it is produced by talented beatmaker, Dante and sees Peruzzi in a state of enchantment, fascinated by the voluptuous nature of his love interest who according to his lyrics carries a big bottom. He sings over the mellifluous instrumentation of the track with lyrics such as, “other guys be hoping you got something for them, ikebe wey you carry for section e don cause hypertension, mami what you’re working with, show me working,” with a mixture of Nigerian Pidgin and English.

The track follows the path of romance with bits of self-appraisal.

Terri released the deluxe edition of his sophomore extended play ‘In Transit‘ on Friday and has been met with good reviews so far. The singer made an addition of 2 more songs (remixes) to the project counting to a total of 8 tracks. Unlike the previous version where he went solo, Terri collaborates with Rema and BNXN this time around.

‘No Lie‘ remix seems to be the standout track so far, capturing the attention of his fans on social media. Produced by his long-time collaborator, Princeton Beatz, the track features Mavin Records’ poster boy, Rema who added a special touch with his sizzling vocals.

Skiibi has been on an amazing run in 2022 and seems unstoppable at the moment. Having enjoyed the successes from releases like the Davido-assisted Baddest Boy Remix, Trenches, and T.I Blaze-led Kilo, Skiibii is back with a new single titled ‘Bobo‘ in an attempt to progress in his fine form.

‘Bobo‘ is produced by hit-making beatsmith, Niphkeys and it serves as a pathway to his forthcoming album tagged ‘Life of a King (Aiye Oba).’ It depicts the singer in a mood of relaxation, wooing his love interest while appreciating the good things of life.

With three tracks released this year, it is safe to say 2022 is one of L.A.X’s most active years in the music scene so far. The singer has kept his fans busy with music in the first, second and third quarters of the year. He kicked off the year with the Ayra Starr-assisted ‘Options,’ then moved further to dish out the Clemzy-produced ‘Sempe‘ and now, we have a new one on our plate and it is titled ‘Para.’

‘Para‘ is produced by his frequent collaborator, Smeez Beatz and is a Pidgin English word for ‘anger’. LA.X is portraying a brand new kind of energy on the track, the singer is back for everything, and he is out for all he can get.

Share
Facebook
Twitter
Pinterest
WhatsApp
Previous article
The Game reaffirms his position as one of Hip-Hop’s best emcees with ‘DRILLMATIC Heart vs. Mind’ LP
Next article
Nicki Minaj is unapologetically a ‘Super Freaky Girl’ on her latest single