Afrobeats vs Afrobeat: Beauty in Disparity 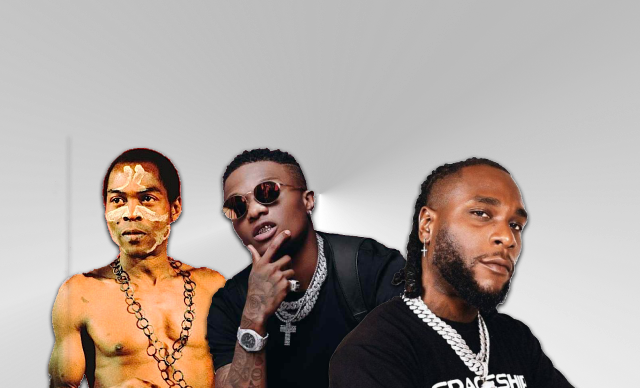 Afrobeat and Afrobeats may sound alike, but there are two different genres of music. Although the disparity, the salient influences are conspicuous.

Many people think Afrobeat and Afrobeats are the same, especially with the dissemination of African music to new listeners beyond the shores of the continent in recent times. Music from Africa is diverse and inclusive, led by genres of various regions. These include; the Amapiano of the South, Bongo Flava of the East, Chaabi of the North, Afrobeats of the West and Soukous of the Central Region of the continent. However, popular African music in recent years is often being tagged as “Afrobeats” by the giants of the global music industry and some music fans as well, disregarding the uniqueness and originality of the various genres inaccurately or purposefully classified under it. The recently launched Billboard U.S. Afrobeats chart is a perfect example, a non-Afrobeats record like ‘Kwaku The Traveller’ by Ghana’s Black Sherif, the 5th song on the chart has been boxed in the same category as ‘Finesse’ by Pheelz, on a supposed ‘Afrobeats’ chart. Observations like these prompt the question: Is Afrobeats more of a culture than a genre? (A topic for another day).

“Before Abraham, there were men,” permit me to use these words. Prior to Afrobeats, African music has been consistently taking shape, legends like Fela Kuti, Sir Victor Uwaifo, Miriam Makeba, King Sunny Ade, Youssou N’Dour, Sunny Okosun, Brenda Fassie amongst others have been exhibiting the beauty of African music at different levels. During the Aforementioned area, the ‘Afrobeat’ genre was a major player in the African music sphere, and its major proponent was the legend, Fela Olufela Olusegun Oludotun Ransome-Kuti popularly known as Fela Kuti. Developed in the late 1960s, it had a salient influence on the contemporary Afrobeats style.

Afrobeat, without the letter ‘s’, is a music genre that involves the fusion of elements of West African musical styles such as fuji music, highlife, jazz, soul and funk influences, with a focus on chanted vocals, complex intersecting rhythms, and percussion. It was developed in the late 1960s by Nigerian legend Fela Kuti, who is responsible for pioneering and popularizing the genre both within and outside Nigeria.

Afrobeat in its core essence was motivated by maladministration, coups, human rights abuse, corruption, and other problems in Nigeria when Fela was alive. It was Fela Kuti’s tool for social activism which focused on sensitizing the people about their rights and the ills of the government.

Over the years, the genre has remained preserved and still impactful to this day. Artists like Femi Kuti, Seun Kuti, and Made Kuti have all earned Grammy nominations for their Afrobeat projects. Seun Kuti’s ‘Black Times’ was nominated for Best World Music Album (now Best Global Music Album) at the 61st Annual Grammy Awards in 2019. Femi Kuti has earned 6 Grammy nominations while Made Kuti made his Grammy nod debut this year with ‘Legacy+’, a joint LP with his father, Femi Kuti.

Besides Femi, Seun, and Made (Kutis), artists of the 2000s and present following in the footsteps of Fela Kuti are Franck Biyong and Massak from Cameroon, Segun Damisa and the Afrobeat Crusaders, Newen Afrobeat from Chile, Eddy Taylor and the Heartphones from Cologne, Germany, Bantucrew, the Albinoid Afrobeat Orchestra / Albinoid Sound System from Strasbourg, France, Abayomy Afrobeat Orquestra, Karl Hector and the Malcouns from Munich, Germany, Afrodizz and Dele Sosimi and the ex-Africa ’70 members Oghene Kologbo (guitar) with Afrobeat Academy, Nicholas Addo-Nettey who is also known as Pax Nicholas, with Ridimtaksi both based in Berlin, Germany. Namibian artist EES (Eric Sell) associates Afrobeat, Reggae and Kwaito.

The definition of Afrobeats is quite subjective. Some would argue that it is more of a culture, while others will lean more towards the term being a music genre. The definition has seen different perspectives from different people.

While some see ‘Afrobeats’ as an overarching term for contemporary West African music, others see it as a specific genre of music. They have also described it as an umbrella of popular music in West Africa.

Sadof Alexander made a remark that Afrobeats gets its distinct sound from a couple of different influences. She said; “the style is anchored in West African music styles, particularly highlife music, American jazz and funk, creating a hybrid sound from across the continent.” The writers at Masterclass see Afrobeats as a loose affiliation of popular music that draws on African and Western music, including juju, dancehall, soca, Naija beats, house, and hiplife.

The Afrobeats conversation cannot hold water without the likes of 2baba (2face, Innocent Idibia), D’banj and P-Square in the mix. Prior to artists like Burna Boy, Wizkid, Davido, Flavour, Mr Eazi, Rema, CKay and others, they had the game on lock for years, with three decades between them.

Afrobeats is currently the biggest genre in and from Africa right now, it has gained enormous success and acceptance in different parts of the world. Charting in Europe and the Americas, it has earned platinum and gold certifications in the United States, United Kingdom, France, the Netherlands, among many other countries. ‘Love Nwantiti’ by CKay, arguably the most successful Afrobeats record of all time is currently 3x platinum in Canada and Portugal, platinum in the United States, Australia, Poland, Austria, Italy, New Zealand, and the United Kingdom. The record also has gold certifications in Germany, Spain and Denmark. Wizkid’s ‘Essence’, assisted by Tems, is another all-time successful Afrobeats record, released in 2020 under the critically acclaimed ‘Made In Lagos’ LP, the song has earned multiple certifications and a Grammy nomination for Best Global Music Performance at the 64th Annual Grammy Awards.

Burna Boy, one of the poster boys of Afrobeats, has been nominated and won at the Grammys. In 2021, he became the first Nigerian to earn a Grammy win since Babatunde Olatunji in 1991. He is also the first Nigerian to do it with his original work, the likes of Babatunde Olatunji, Siriku Adepoju and Wizkid all earned the Grammy gong for their contributions to foreign works.

The past few years have been phenomenal for Afrobeats, marking an important crossover moment in the genre’s history. Many of us have been fortunate to witness its frontline artists get Grammy wins and nominations, platinum and gold certifications in the United States, Canada, and Europe, and concerts held in major cities of the world.

Afrobeat and Afrobeats: beauty in disparity

The difference between Afrobeat and Afrobeats exceeds the letter ‘S’ that distinguishes both genres. Although Afrobeat influenced Afrobeats, there is a disparity between both genres.

Afrobeat (without an ‘s’) is a genre of music that came in the late 1960s by the legend Fela Kuti. He was revolutionary, his music was a tool for social activism, and he was about politics, oppression, revolution, education, and so on. Afrobeat songs can run 10 minutes long, and they’re best performed live. It is not fast-paced, intended to be consumed in a rush. Afrobeat was and is predominantly used as a tool for social activism. Afrobeats follows an entirely different route.

Afrobeats (with the ‘s’) is more focused on the delivery of melodious beats that draw in crowds, as people move their bodies to the rhythm. It is highly percussive. Sometimes there’s auto-tune, but most times it’s about dancing, it’s about joy, it’s about joie de vivre, it’s about life, it’s about spending, it’s about partying. It’s very rare that Afrobeats itself is political. It’s more about, let’s dance, let’s be happy.

Popular music themes for Afrobeats artists include; love, money, and sex, accompanied by a wonderful combination of sounds that’s irresistibly dance-worthy. Most clubs in the UK as well in the US have been recording a continuous increase in the demand for Afrobeats styled sound to be played regularly as it is the rave of the moment in the world of music.