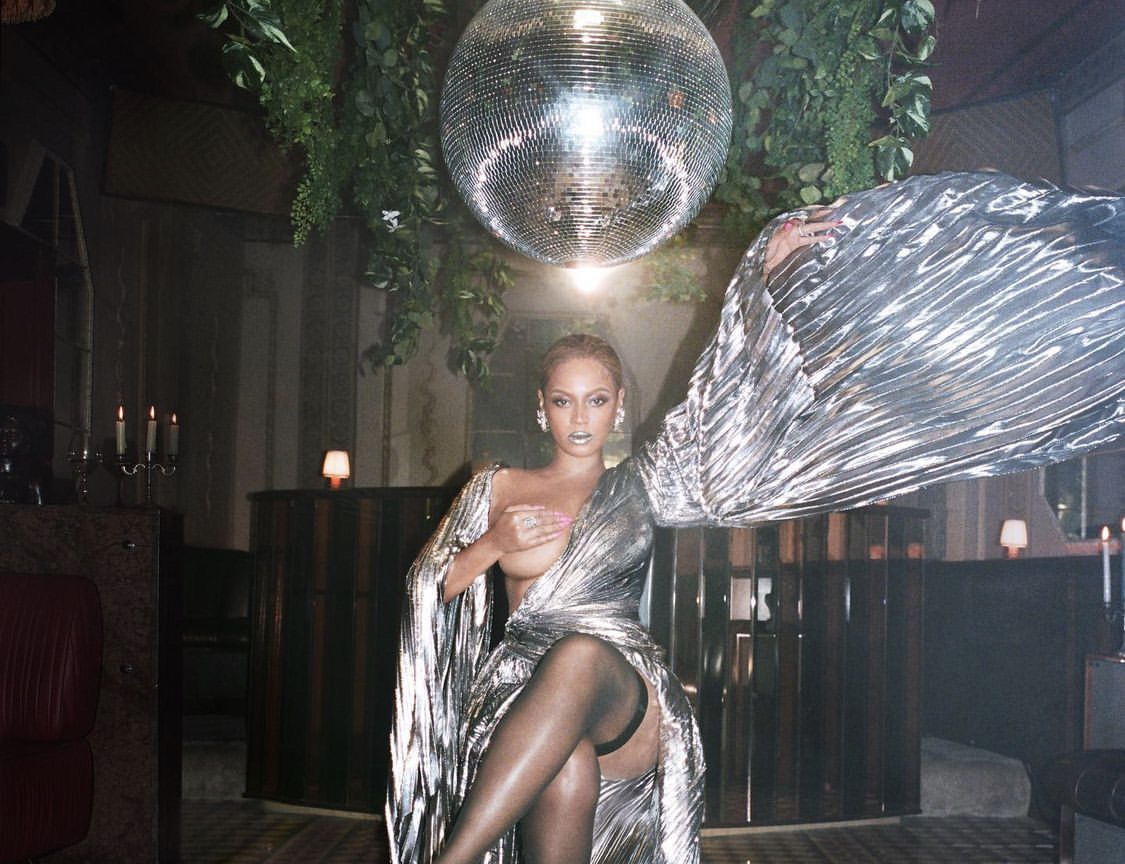 After so much anticipation and euphoria on Beyonce’s seventh studio album, the popstar has finally delivered the body of work, Renaissance on Friday, the 29th of July via Columbia Records and Parkwood Entertainment.

Renaissance, as listed previously counts at a wholesome of 16 tracks with guest appearances from BEAMS on ‘Energy’ as well as Grace Jones and Tems on ‘Move.’ More heavy hitters in the music industry are enlisted in the writing and producing credits such as her husband, Jay Z, Drake, Lucky Daye, Donna Summer, Skrillex, The Dream, SYD, Nile Rodgers, Giorgio Moroder, 070 Shake, Nija Charles and more.

The 16-track LP is her first solo album since 2016’s Lemonade which made its way to No. 1 on the Billboard Hot 200. The album also includes the previously released lead single, ‘Break My Soul’ which highlights her signature bounce music and peaked at No. 7 on the Billboard Hot 100 marking Beyonce’s 20th solo top 10 hit on the chart.

Prior to the release of the album, Beyonce shared the inspiration behind the project: “Creating this album allowed me a place to dream and to find escape during a scary time for the world. It allowed me to feel free and adventurous in a time when little else was moving. My intention was to create a safe place, a place without judgment. A place to be free of perfectionism and overthinking. A place to scream, release, and feel freedom. It was a beautiful journey of exploration. I hope you find joy in this music,” she wrote.

The name Renaissance tends to signify a new era. A press release for the album describes it as a “celebration of a club era when anyone who felt like an outsider sought each other and formed a community of freedom-seekers to express themselves creatively through the rhythm, which we still celebrate today.” This time around the artist strays away from her visual release format giving fans the opportunity of an expansive listening journey.

The experimental LP opens with a vogue-ready intro on ‘I’m That Girl.’ “I pull up in these clothes, look so good. Because I’m in that hoe, you know all these songs sound good because I’m on that hoe, deadass,” she sings reminiscent of the hot girl summer she’s trying to relate to. She transitions to a runway-ready mood over the second track, ‘Cozy’ where she sings about how comfortable and confident, she is in her skin. The song gives off rock and dancehall tunes that would typically get you from head bobbing to hitting the dancehall with moves.

Beyonce goes full on the dance floor on the club-worthy banger ‘Alien Superstar.’ She uses sensual teases to relate how classy and unique she is. The various transitions in the song from subtle rap to sensual mimes are what make this song very catchy. The song is an inspirational anthem for every woman to see themselves as beautiful.

On ‘Cuff It,’ she goes old school with 90’s rock and roll while taking us to a mellow tune on ‘Plastic Off The Soda’ and a disco-infused ‘Virgo’s Groove.’ She delivers her signature R&B/Hip-Hop infusion on ‘Church Girl.’ Beyonce also pays homage to industry trailblazers with Grace Jones making an appearance on the bounce inspired ‘Move’ and Donna Summer’s classic I Feel Love sampled on ‘Summer Renaissance.’

Three days before the release of Renaissance, the album got leaked online. Fans alleged that they saw the CDs on sale at media stores in France and the Netherlands. Beyonce addressed the leak saying, “so, the album leaked, and you all actually waited until the proper release time so you can all enjoy it together. I appreciate you for calling out anyone who was trying to sneak into the club early.” “I will continue to give my all and do my best to bring you joy,” she added.