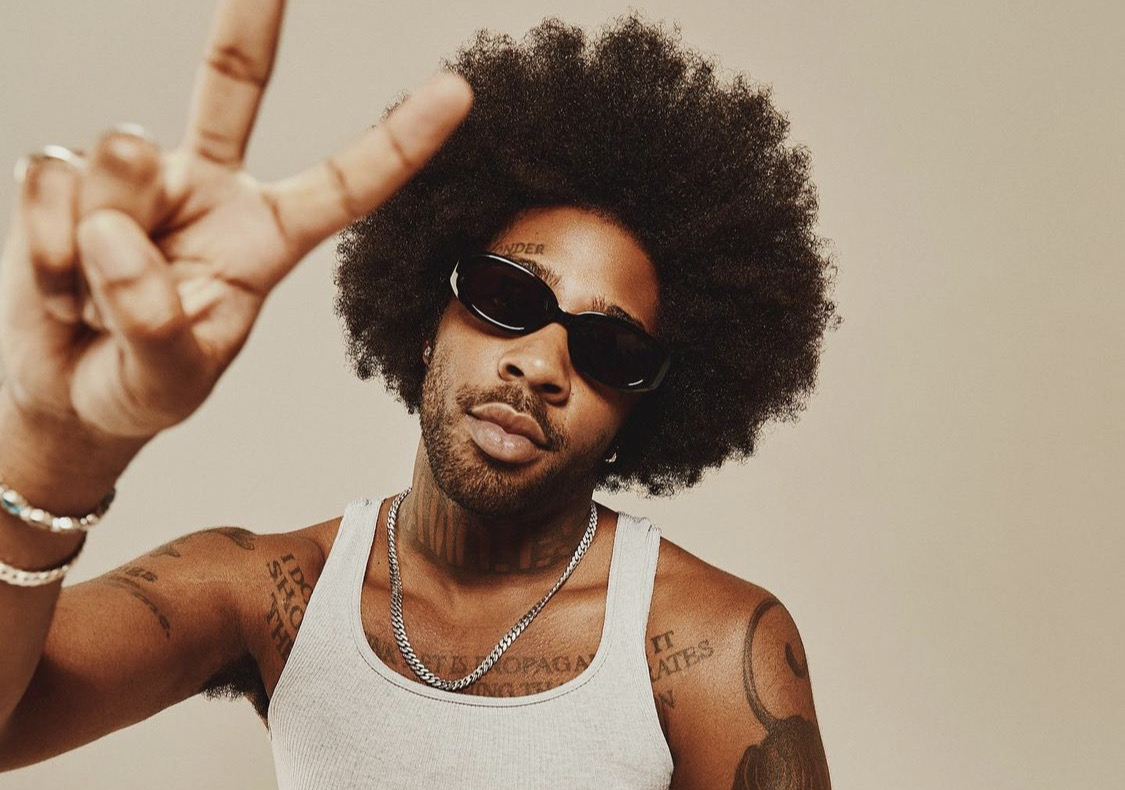 The American R&B singer who rose to prominence with his feature on the Goldlink single, ‘Crew‘ alongside Shy Glizzy in 2016 has been on the rise with songs like ‘Wasting Time‘ featuring Drake, ‘Gravity‘ featuring DJ Dahi, and Tyler The Creator and ‘Mercedes‘ all earning him entries in the Billboard top 100.

Brent Faiyaz is known for his contemporary R&B style of music, sly vocals, and frequently applied atmospheric jam productions. Wasteland is a follow-up to his 2020 EP, F#ck the World, which earned him his RIAA gold-certified tracks: Rehab (Winter in Paris) and F#ck the World (Summer in London).

Featuring guest appearances like Drake, Tyler the Creator, Alicia keys, and Tre’ Amani, the 19-track album ‘Wasteland’, explores the juxtaposition between wealth and poverty as well as the effects of fame using skilful vocals and effortless hooks.

Speaking on his new album, Brent Faiyaz explained to Vogue: “It was less of an album process and more of a life process. I just made a collection of songs and tied a storyline together once I saw that they all kind of shared a similar theme. I didn’t really realize I was working on an album until I was maybe a little over halfway through. Then I realized, Wait a minute, this is a body of work.”

Starting with the prelude, ‘Villain’s Theme’, Brent Faiyaz basks in the confidence of his art over suspenseful tunes shedding light on his choice of music delivery. He moves on to the second track on the album, ‘Loose Change‘ where he questions love and addresses the supposed lies of a former lover over soulful vocals and a lush minimal production handled by Jordan Ware, No I.D Paperboy Fave, and Raphael Saadiq.

The Alicia Keys-assisted Ghetto Gatsby hears Faiyaz singing about the struggles of balancing a relationship with his hectic career. “You said I’ve been out of touch, You said I been out of town too much. Flyer than the wind, I’m Gatsby. I’m probably faded when you see me on the TV I can’t help that.” Faiyas chants. The song ends with a rhythmic spoken word verse by Alicia Keys.

Although all the individual songs in Wasteland work on their own merit, the entire album builds up to a dexterous work of art and further solidifies Brent Faiyas’ stance as a talented vocalist and singer.