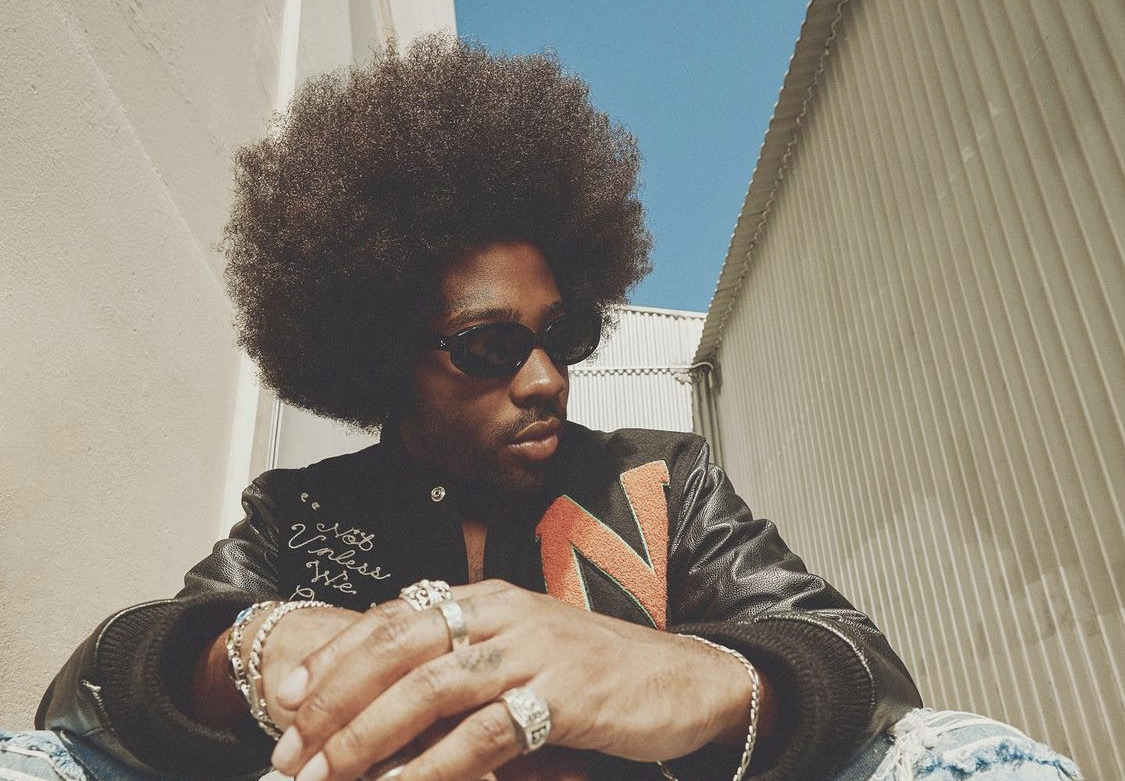 Sometimes, we wake up and the world just works against us at all odds and truly we just want to damn it and act as if nothing else exists apart from us but who dares to say, F*ck the world? Well, Brent Faiyaz did. While some people loved the audacity he portrayed in his F*ck the World EP and would prefer that he remained on whatever drive that inspires his type of music, there’s been another group of people who have labelled him ‘toxic’ making running jokes about dating men who listen to the Maryland singer, likes his memes and jokes. Odds are your heart is going to get broken.

To the utter dismay of this second set of people, Brent Faiyaz is here again with Wasteland, his sophomore album as he continues to speak about his lifestyle and what inspires his kind of music. This time around he’s not only addressing his no-break lifestyle as he did in Too Fast. He addresses and critiques the toxic label that has been placed on him.

In Wasteland, Brent Faiyaz portrays himself to be an anti-hero or a villain of some sort as he continues to speak on the things people love to hate about him over a total of 19 tracks, interludes, and skits that span over an hour of runtime. The album speaks of a man’s struggle with a woman he has impregnated, who is the antithesis of the fast life he has led so far.

He begins the album with a repertoire in Villain’s Theme where he addresses the ‘toxic status’ his lyricism gets over suspenseful and dramatic beats. “Temporary euphoria for a release. Hm, yeah especially if you constantly gotta work. And do things you might wanna do. That’s like temporary happiness real quick, it’s an escape. Yeah, I make music about that because I feel it gets to a point where you live so much of your life in that state because you work so much. M*hf*ckas like to use that word, toxic, but that’s the internet word that people like to attach sh*t,” he sings.

In Loose Change, Brent is tussling with his partner on the definition of love and the roles he’s been asked to play. He talks about how her complaints constantly drive him insane and the pressure keeps adding up while he lives a fast life.

In Gravity featuring Tyler The Creator, he continues the struggle with his lover. He reassures the girl that he still has feelings for her, but he doesn’t want her waiting around for him. “It’s not that I’m over you but I got things to do… see I’m a star, look at me from afar. Hard to be down to earth when you’re nesting on mars.” While Tyler’s feature is a short one, his impact on the song is conspicuous, as the musical melodies have a subversive, left-field appeal to them.

For the first time in the album, the ‘woman’s’ voice features in Egomaniac. She lashes out at him for the lack of attention she gets.

Wasting Time sounds like a classic Pharell song from back in the day with drake making vocal performances that sound a little laidback yet lyrical.

Ghetto Gatsby which is probably one of the best songs on the album features singer Alicia keys. He talks about the struggles of balancing a relationship with a hectic career. He paints himself as F. Scott Fitzgerald’s narcissistic hero in ‘The Great Gatsby Movie.’

Brent Faiyaz takes a self-aware tone in Rolling Stone talking about being able to shake his demons and maintain the status he has created for himself.

On the Tre’ Amani assisted Addiction, Brent talks about his addictions. “Maybe it’s the love, the drugs, the weed, the p*ssy. Maybe it’s all of the above, maybe I don’t need a hug. Maybe I’m just f*cked up.” One thing to love about this track is the transition from Faiyaz’s humming chorus to Tre’ Amani’s hardcore and lyrically driven rap verse which makes the message of the song sink in harder.

The second skit: Wake Up Call sees Brent Faiyaz finally ready to return back to his pregnant girlfriend albeit in a casual way until he discovers that she’s trying to commit suicide out of depression because she thinks they both don’t deserve a child. He runs to save her while trying to talk her out of it.

The album closes off with Angel, a love-struck ballad replete which is almost an ode to the greats like Boyz II Men. It brings the record’s tragic story full circle.

One thing that makes this album very impressive is the cohesive way the tracks are arranged to tell a story and walk us through his life as well as the thoughts going on in his head. Also, the skits and interlude take us back to the message of the album just when we start humming and nodding our heads thinking it’s a feel-good album.

Just like they say until you walk into a man’s shoes that’s when you understand what he’s going through. In Brent Faiyaz’s case, you must walk through his thoughts to understand the reason for his kind of music. In Wasteland, Brent Faiyaz was not only trying to address critiques. It was more of getting to understand the inspiration behind an artist’s artistry.