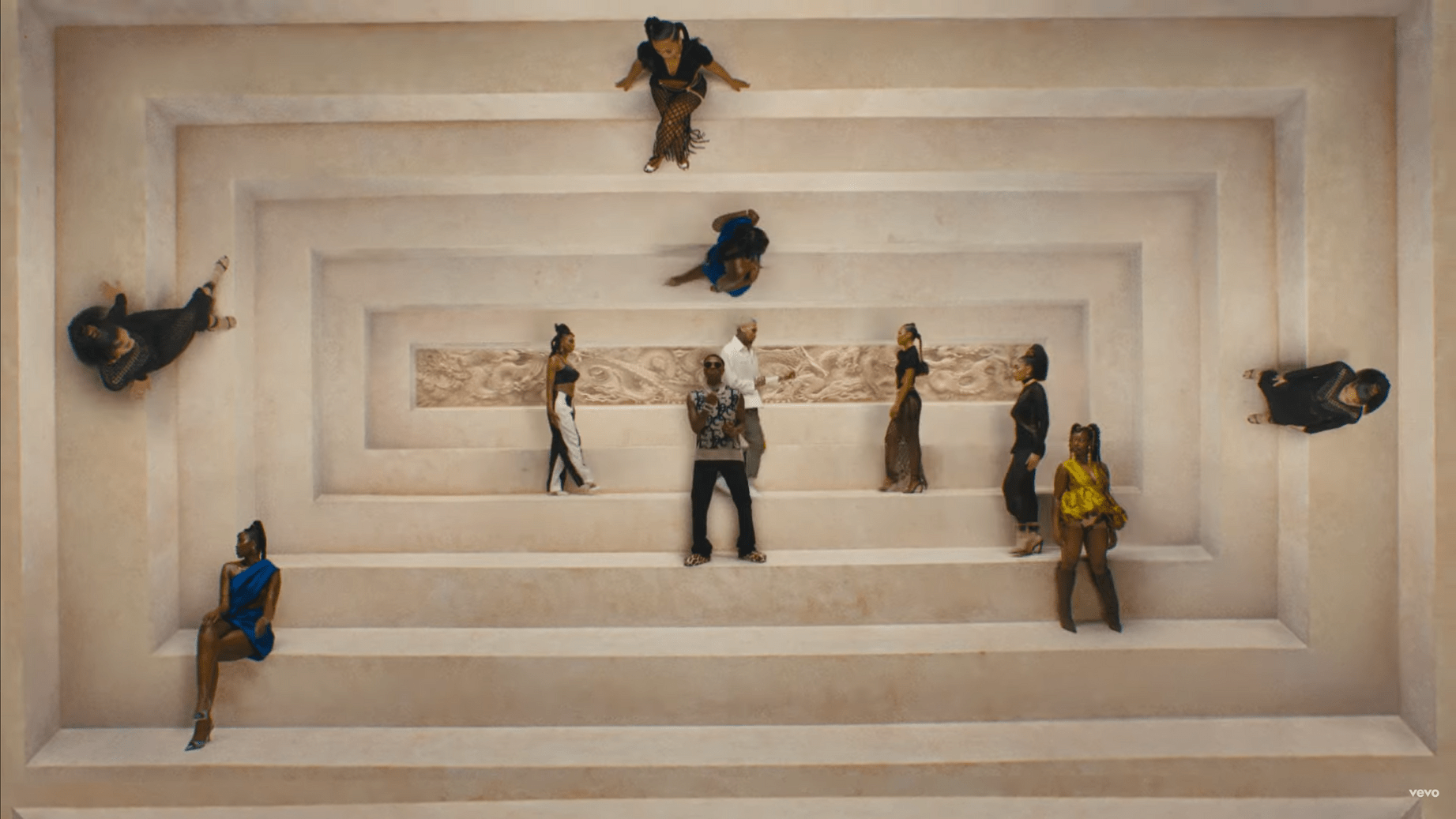 Chris Brown and Wizkid have released the official music video for their soothing collaboration ‘Call Me Every Day.’ It is the sixth track from Chris Brown’s 10th studio album ‘Breezy‘ which was released back in June featuring artists like Blxst, Bryson Tiller, Ella Mai, EST Gee, Fivio Foreign, H.E.R., Jack Harlow, Lil Wayne, and more.

The aesthetic video was directed by renowned video director, Child and sees both singers amidst beautiful black models. The video starts off with a lady having her bath in a hot tub before the beats of the song playing on the radio in the background give her hot dreams about Chris Brown and Wizkid. The scene then transports to an African village where the Virginia artist and Afrobeats star link up to celebrate black beauty.

The regal dressing of the model with shiny outfits and beads as well as some blurry sections of the video gives it an aesthetic and relaxing feel fitting a wavy song like Call Me Every Day. Of course, trust Chris Brown to spice up the video with his slick moves. The singer gives his signature popping and gliding moves across different scenes alongside Wizkid who chilled as he transverses with the beautiful women.

Things get hotter when the duo ends up in a warehouse on a stage with all the lights on top of them as they sing about the women catching their eye. The lady at the beginning of the video snaps out of her dream to hear her significant other say they’ve returned with food.

Chris Brown has made some awesome appearances in Afrobeats songs such that some Twitter users have joked that he has been given a Nigerian name. He first appeared in Wizkid’s Shabba featuring artists Trey Songs and French Montana in 2016, Davido’s Blow My Mind, Rema’s Love & Attention, and the recent feature with rising singer Lojay and Sarz on Monalisa Remix alongside many others.

The singer has been very busy with the rollout of Breezy. He dropped a 33-track deluxe edition in July and took it on the road alongside Lil Baby this summer for the One Of Them Ones Tour. The tour has been so profitable that Chris Brown revealed earlier this week possible plans to bring the show to Europe.

This new video further pushes Call Me Every Day as a sensational feel-good song by two talented artists who know their craft and makes us want to listen to the bop even more.

Listen to Call Me Every Day here.