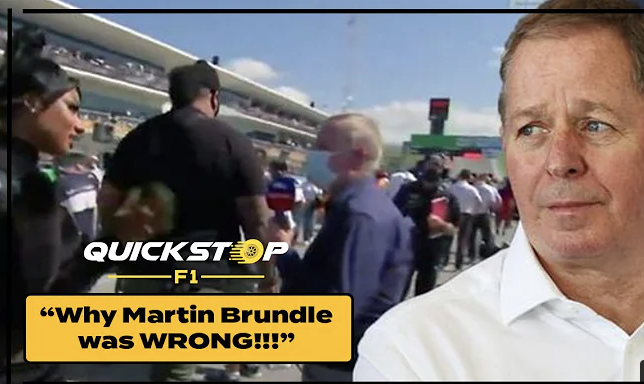 formula One has banned celebrities from bringing bodyguards to the starting grid following the incident where Martin Brundle requested Megan Thee Stallion to rap.

after approaching with a microphone to enquire whether she had any “rap” for F1, and being told she had “no rap today”, Martin Brundle asked her who she was supporting. A bodyguard then told him he could not do that – much to his disaproval.

According to Reuters, a Formula One source confirmed to Reuters that bodyguards would no longer be allowed due to space limitations and COVID-19 restrictions, but celebrities would not be obliged to give interviews.

The 62-year-old  told his SKY SPORTS viewers on Sunday that new rules had been introduced and referred to a ‘Brundle Clause’.