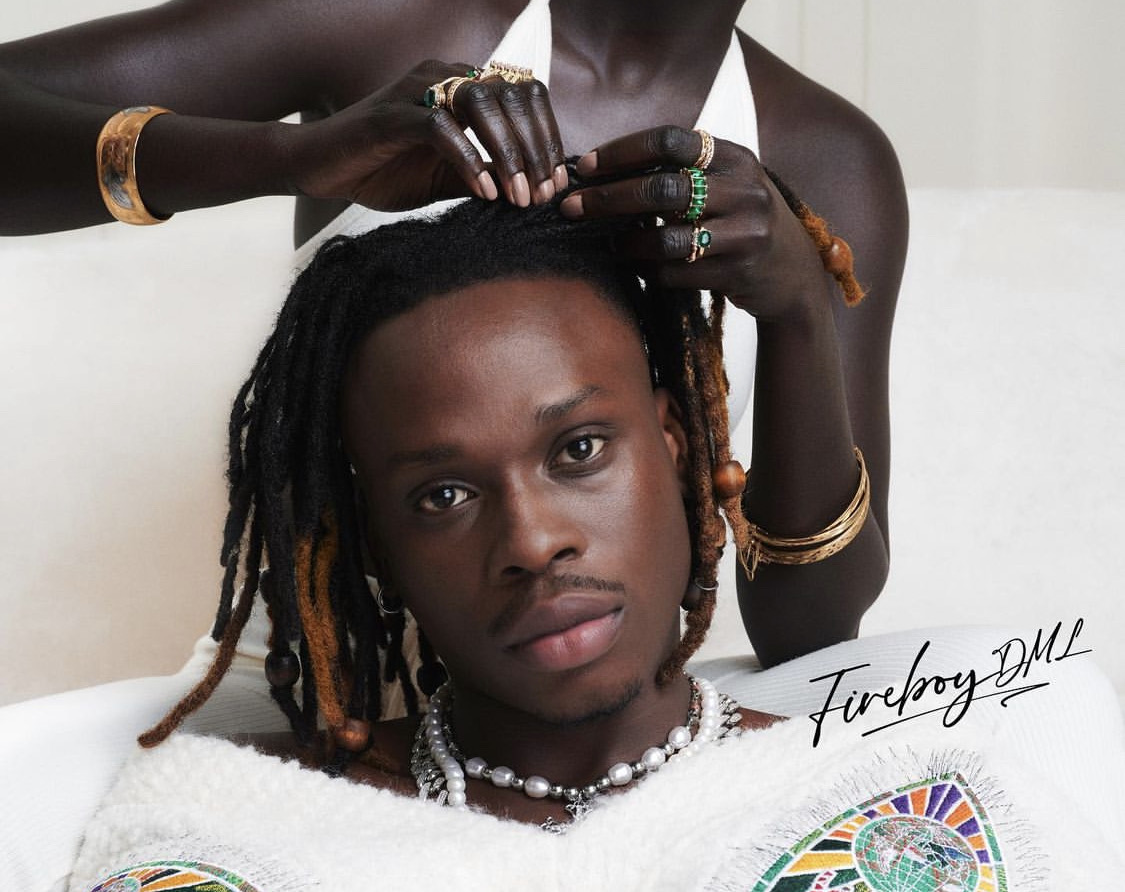 In 2019, Fireboy DML arrived on the block, with a huge prospect and ready to show his power. Launched into the music scene on the YBNL imprint, led by high-profile Nigerian rapper, Olamide, the singer-songwriter was bolstered to new levels of recognition with his popular single ‘Jealous.’ Since then, has proved his salt, earning a spot in the wider Afrobeats conversations and transformed into a force to reckon with.

His growth in recent years could be described as nothing short of an astronomical success. His omnivorous body of works, ‘Laughter, Tears & Goosebumps‘ and ‘Apollo‘ are the attestation of his skills as they have received critical acclaim from fans and critics.

Three months into 2022, Fireboy DML delivered his first instalment of the year dubbed ‘Playboy‘ and utilized the opportunity to announce his third studio album of the same name. Already he has scored his biggest hit yet with the Ed Sheeran-assisted ‘Peru Remix‘ which earned certifications in different countries and his first Billboard Hot 100 entry in his career. He went ahead to release ‘Bandana‘ featuring one of the hottest artists in Nigeria at the moment, his label mate, Asake and built a bigger momentum towards his third album release.

it was meant to be. ‘playboy’ the album out now. https://t.co/wB1akKnJza pic.twitter.com/pR3WQs2CbT

Today, Fireboy DML is happy to announce the release of his third studio album ‘Playboy‘ via YBNL/EMPIRE and it is his most collaborative project to date. The LP counts at a wholesome 14 tracks with guest appearances by Ed Sheeran, Chris Brown, Rema, Euro, Asake, and Shenseea. For the production, Fireboy calls on new and previous collaborators, Shizzi, P. Prime, Eskeez, Telz, Bizzouch, Blaise Beatz, Phantom, Zaki Amujei, Kel P, Type A, and Kolten.

Speaking on the album, Fireboy made these remarks, “love and appreciation to every one of these genius minds who worked with me on this project, and to my teams at YBNL and Empire.” The album is an attestation that Fireboy DML is ready for the next level. Given his recent success via Peru and the recently released Bandana, it is obvious that he has hacked the winning formula and is moving ahead in his new winning vest with enormous confidence.