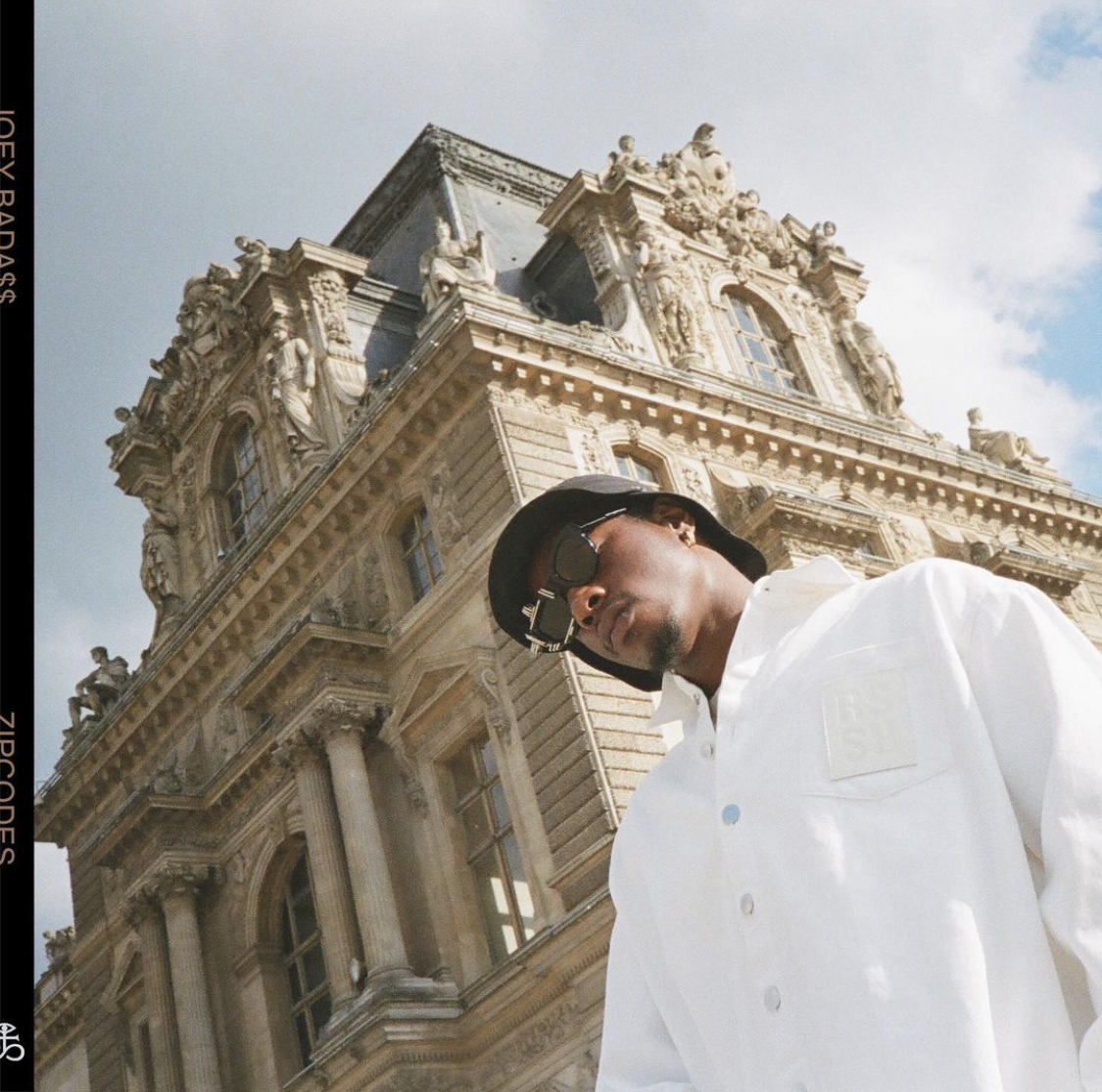 In preparation for his first album in 5 years ‘2000’. Joey Bada$$ has been dropping amazing singles and features left, right, and center to remind everyone that forgot just how damn great he is.

His latest single, ‘Zipcodes’ was previewed on his Instagram live a few months ago. It sounded great then, and now hearing it in its entirety, it certainly lived up to the hype. With his Pro Era brother Kirk Knight on the beat with an intoxicating instrumental, Joey comes through looking and sounding expensive.

Joey’s mastered the 90s Hip Hop sound, and although he’s strayed away from it at times to try something new with songs like ‘REV3NGE’. Joey will always be in his bag when he lets off on track like this. There’s a lot of money talk in ‘Zipcodes’, but instead of Joey just stunting, he’s showing his growth in every way from his 1999 days to now. He went from the broke kid in the hood with big dreams to attaining those dreams plus more.

The retro-like visuals add an extra throwback feeling to the sound, and the transitions in the scenes are excellent as Joey is travelling around the world and takes us along with him for the ride. In the final verse, Joey lays down some gems on how he mastered the game and became a success.

‘Zipcodes’ has that authentic Hip-Hop sound and feel to it. When Joey raps like this, there are very few rappers in the world that can touch him. From all the singles he’s dropping, it’s looking like ‘2000’ may actually live up to the high standards ‘1999’ set.

So pour yourself a glass of champagne, put your feet up, relax and turn on Joey Bada$$’s incredible new single ‘Zipcodes’.