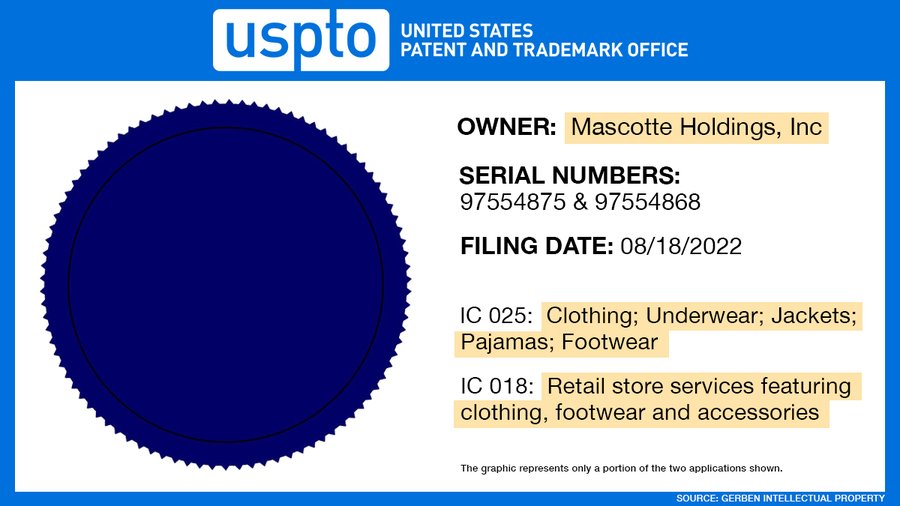 Not a month after his Yeezy x Gap collection literally came out of trash bags, Kanye West finds himself in yet another controversy regarding his Yeezy clothing line.

The brand is known for muted colors: dark blue, black, ash, and minimalistic designs. He filed two trademarks for a blue design consisting of a blue circle inside another blue circle with jagged edges.

He had filed another trademark in July for a similar design, this time a colorless encased circle, but decided on the blue for this time.

The new Yeezy logo would be used in retail stores, online retail store services and online ordering services. These colors will be claimed as a feature of the mark.

Ye is known for innovation and thinking outside of the box regarding his Yeezy brand.

After his Gap controversy, he defended himself in an interview with Fox News:

“Look man, I’m an innovator. And I’m not here to sit up and apologize about my ideas. That’s exactly what the media tries to do. Make us apologize for any idea that doesn’t fall under exactly the way they want us to think. This is not a joke. This is not a game. This is not just some celebrity collaboration. This is my life. I’m fighting for a position to be able to change clothing and bring the best design to the people.”

Some criticized the logo as boring, which definitely goes against what Kanye would like to call himself.  The filed documents state that blue is claimed as a feature of the mark.

The shade of blue used by Ye is similar to the one he used for the cover of his “Jesus is King” album, which some fans have correlated to have something to do with Yeezy. However, no relation has been found between the logo or the album.

The trademark was filed under Kanye’s Mascotte Holdings company. He also trademarked “YZYSPLY” for retail stores, online ordering services, and online retail store services. Kanye has always dreamed of opening his own store.

Despite amazing numbers in online sales, he wants to have physical stores. Seems like something big is cooking for the billionaire rapper and fashion designer.

In June, Kanye also made 17 trademark filings for a whole array of products: NFTs, retail stores, toys, cosmetics, even Yeezus rollercoasters. In past interviews, he also expressed his fervent desire to build amusement parks.