Kanye West was lambasted for selling the Yeezy Gap collection in trash bags. 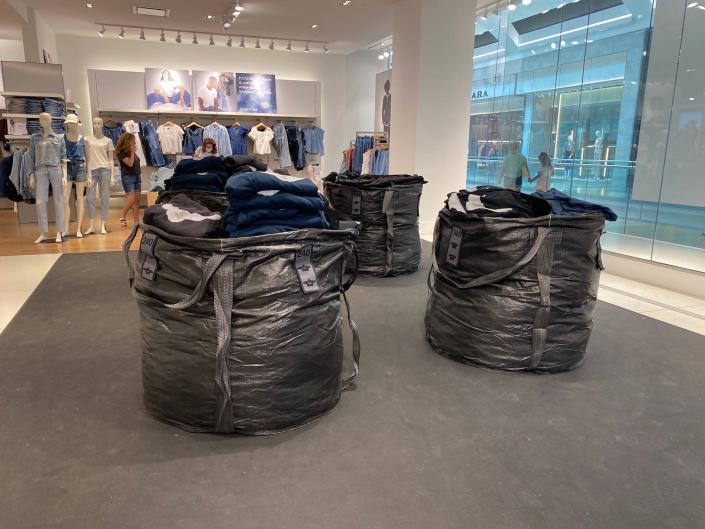 Ye has done it again, and this time not in a good way. The rapper is currently under public fire for selling apparel from his Yeezy Gap collection out of none other than giant trash bags.

Apparently, Ye didn’t like that the clothes were on hangers and claimed he wanted them out of trash bags. On top of that, part of the collaboration experience involves customers digging through the mounds of clothing in the waste bins instead of asking for help. The sales associates aren’t allowed to provide them to the customers.

Many customers disliked the garbage bags, but others praised the creative direction and called it an experience to make the collaboration unique.

“Sorry not sorry, but this Yeezy display is a retail worker’s dream. Let the masses rip thru trash bags to find their size – it’s how they operate anyway”.

The collaboration was announced two years ago when Kanye West and Gap struck a 10-year-deal for a Yeezy Gap apparel line.

Many fashion enthusiasts were excited about the collaboration when it was announced, mainly the hoodies. Others believe the collaboration needs some time before the unique designs that make Yeezy unique come through.

Kanye had teamed up with Denma, creative director of Balenciaga and a long friend of his, to develop eight pieces that were dropped in February and May.

Ye defended his choice as an innovative fashion decision, one that was met with mixed praise by some of his fans. He even corrected critics by saying that the containers aren’t trash bags, and instead, they are construction bags.

“This is not a joke, this is not a game, this is not just some celebrity collaboration. This is my life. I’m fighting for a position to be able to change clothing and bring the best design to the people.”

Ye mentioned in an Instagram post that part of his inspiration came from the children and the homeless.

They envisioned the utilitarian design for each piece and wanted to embody Gap’s timeless American icons in the silhouettes and colors of Yeezy.

The collection can be obtained at a few Gap stores and the websites farfetch.com and yeezygap.com.

Many shirts start at $100, with some hoodies nearing the $300 price range and beyond. They feature minimalistic designs or doves in the back.