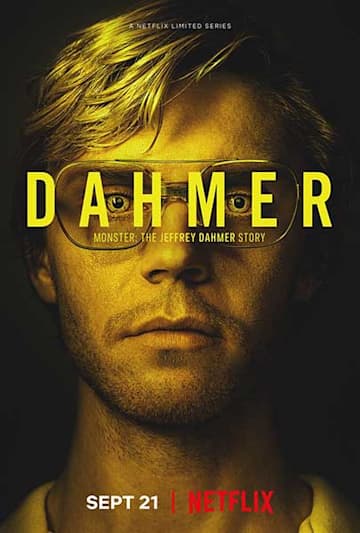 Monster: The Jeffery Dahmer Story is another retelling of the story of the Milwaukee Monster, this time on Netflix and directed by Ryan Murphy.

While the show is currently one of Netflix’s most viewed of all time, it’s caught up in a different type of controversy this time.

Depicting a true crime story of one of the worst serial killers in history without glamorizing them is already difficult. Monster was caught in hot water as soon as it was out due to it retraumatizing many relatives of Dahmer’s victims.

Now there’s the fact that the team behind the show reportedly treated some of their Black crew members horribly.

Ironic, given how a recurring theme of the show is how systemic racism served to cover up a serial killer’s tracks for years.

“They kept me calling me her name. We both had braids, she was dark skin and 5’10. I’m 5’5. Working on this took everything I had as I was treated horribly. I look at the Black female lead differently now too.”

Alsup first posted about her on-set experiences on September 18, two days before Dahmer debuted on Netflix.

She elaborated on her complaints, expressing how she wasn’t even watched the show because it was triggering for her (gore and true crime serial killer scenes notwithstanding).

“I just feel like it will bring back too many memories of working on it. I don’t want to have these PTSD types of situations. The trailer itself gave me PTSD, which is why I ended up writing that tweet, and I didn’t think that anybody was going to read.”

Alsup had also worked on other famous shows, many of them Netflix hits. She worked on Grey’s Anatomy, Inventing Anna & Dear White People.

She stated how the production was exhausting and added that it was one of the worst shows she’s worked on due to her always being called someone else’s name. Another Black girl was on set, and she looked nothing like Alsup.

For comparison, Alsup had to learn the names of 300 background extras.

Alsup’s experiences point towards a bigger issue: that of discriminatory attitudes perpetuated by white decision-makers in larger productions. While the show attempts to shed some light on the issue of racism during Dahmer’s killing spree, what little positive clarification can be derived from their message falls flat due to behind the scenes treatment of their team.

Alsup also stated that there were no mental health coordinators on set, which she believes was part of why she had such a mentally taxing experience and unsupportive work environment.