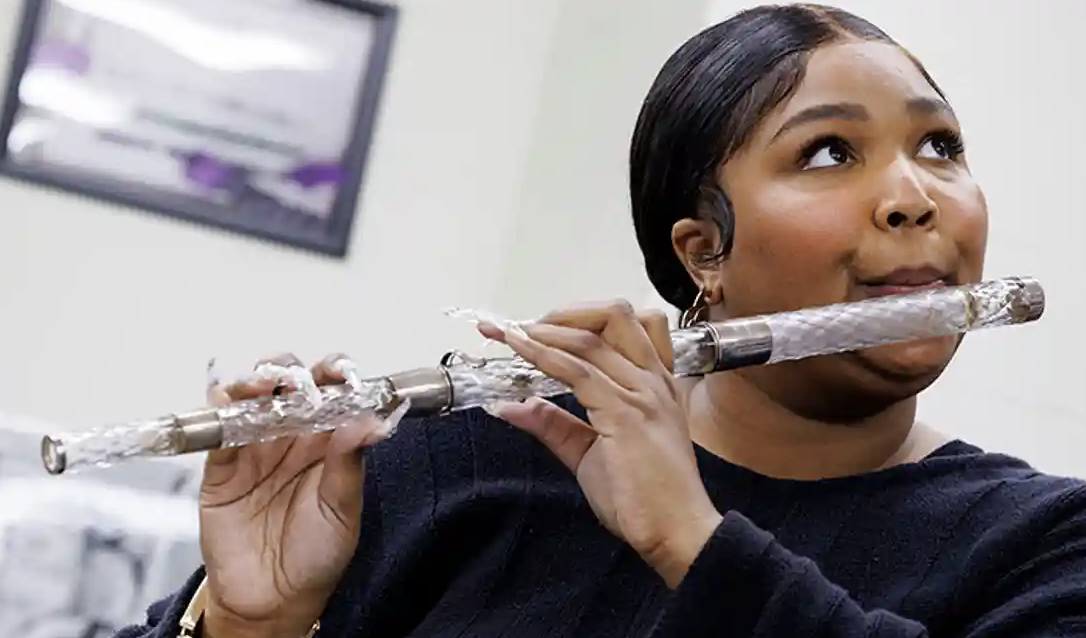 Lizzo played the incredibly rare, 200-year-old crystal flute made for President James Madison during one of her concerts.

It all happened on Twitter, as many things, good or bad, do. Librarian of Congress Carla Hayden invited the 34-year-old singer, who’s also been a flutist since childhood, to test some of the Library’s collection of flutes.

Hayden tweeted, “Like your song, they are ‘Good as hell’”. Lizzo replied to the tweet in all caps, “I’m coming Carla! And I’m playing that crystal flute!”

During the concert at Capital One Arena, Lizzo set down her own flute, the Sasha Flute, before she revealed the big surprise.

Library curator Carol Lynn Ward-Bamford walked the crystal flute over for Lizzo to play delicately, and the “Truth Hurts” artist proceeded to express her emotions.

“I’m scared. It’s crystal, it’s like playing out of a wine glass.” She exclaimed before she played a few notes and twerked for the crowd.

She took to social media again and proudly tweeted that nobody had ever heard the sounds of the famous crystal flute, and now they had, as she’s the first and only person ever to play the presidential 200-year-old crystal flute.

Lizzo was provided with a grand your of the Library’s flute vault Monday, where she was able to practice with different flutes before the big day.

Library was impressed with the melodies she played in the Great Hall and Main Reading Room.

The Library has a massive collection of around 1,700 flutes, the largest one in the world, according to Carla Hayden. Most of the flutes were donated in 1941 by Dayton C. Miller, a famous physicist, astronomer, and ardent collector of flutes.

The history behind the crystal flute goes back to Claude Laurent, a French craftsman who patented the leaded glass flute in 1806. He sent one of these crystal flutes to President James Madison for his second inauguration.

Flutes were mostly made of wood or ivory, but glass flutes sounded much better, holding an improved pitch and tone during temperature changes.

During those times, crystal flutes were quite popular, and Madison’s own had his name, title, and the year of its manufacture engraved on them.

Regardless, crystal flutes became obsolete when metal flutes were 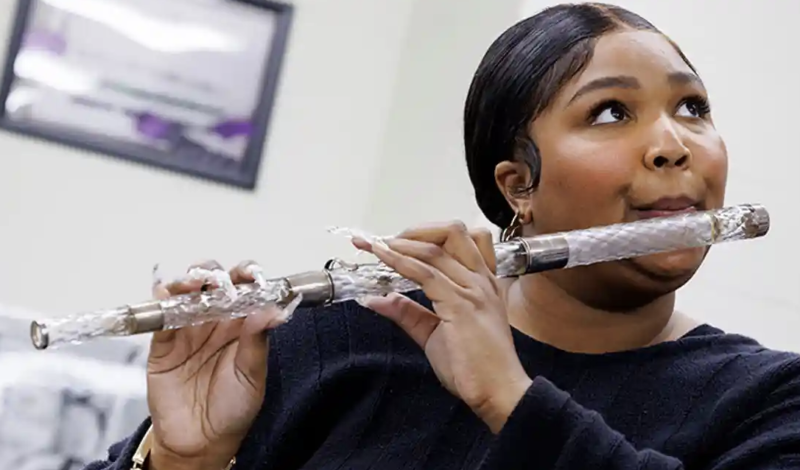 invented in the mid-19th century.

Of Claude Laurent’s original set, only 185 crystal flutes remain in the world, with the Library holding 17 of them. The flute was also deemed safe to play, and many of the original flutes were also donated for people to play in the past.