Megan Thee Stallion gets raunchy in new music video for ‘Her’ 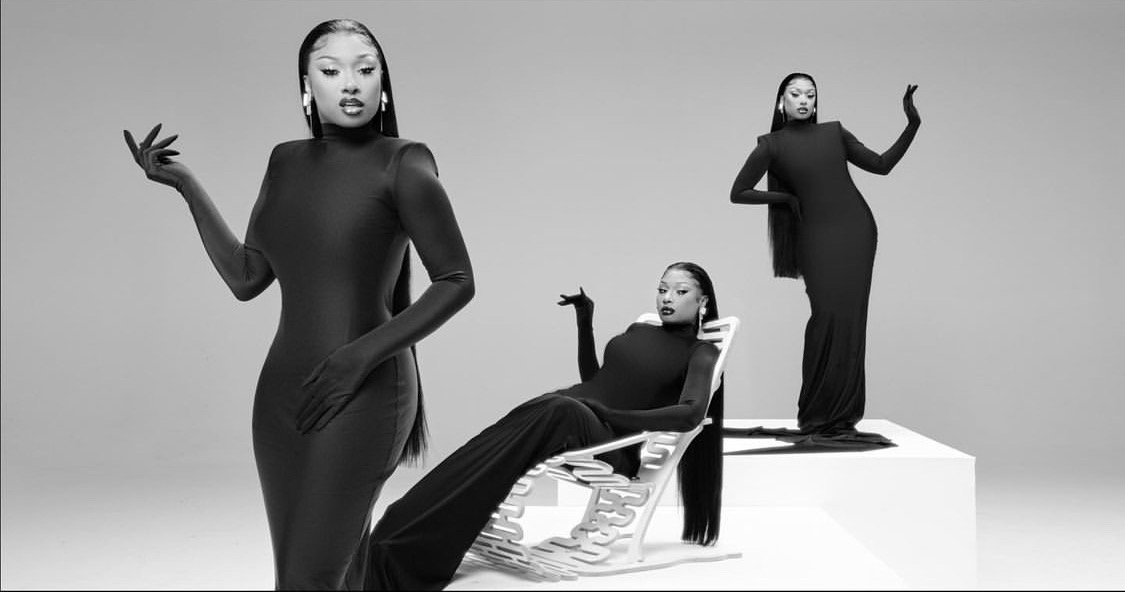 American rapper, Megan Thee Stallion has dropped a new video for her track, ‘Her‘ off the recently released Traumazine album. The Collin Tilley-directed music video is a stylish minimal black and white yet raunchy video that shows Megan’s braggadocio as a talented artist.

The video starts with Megan Thee Stallion dressed in a long hot gown looking like royalty and then dancing with a group of dancers in shiny outfits with choreography directed by Sean Bankhead whose credits counts across the likes of Lil Nas X’s Industry Baby, Normani’s Motivation, Cardi B’s Up, as well as Sam Smith and Normani’s Dancing With a Stranger.

In the choreography, Megan works her knees on and off typical of that bad b*tch energy the song tries to portray. The choreographers move beautifully in synch while she leads. Another scene shows her posing gracefully as different clones of her appear on the screen making the video look more appealing as she chants the book, “her, her her, her.”

A Twitter user, Fucci shared his excitement about Megan’s knee work and the dance skills displayed in the video “she better dance to them pronouns,” he commented on the new bop.

Megan Thee Stallion released Traumazine on Friday, the 12th of August after she made a guest appearance on an episode of the Starz show P-Valley. She first debuted the single, Her during her performance at “Good Morning America’s Summer Concert Series” in New York City which also coincided with the day of her album release.

The Good News and Something For The Hotties follow-up include other hit songs like the spring single, Plan B, the Dua Lipa-assisted Sweetest Pie, and the collaboration with Future on Pressurelicious. The introspective album also features guest appearances from other notable artists like Jhene Aiko, Rico Nasty, Latto, Pooh Sheisty, and Key Glock.

Megan celebrated the release by appearing on The Tonight Show starring Jimmy Fallon last week, co-hosting the episode with the longtime host.

Listen to Her here.