Afropop artist and music business entrepreneur, Mr Eazi is reviving his popular Detty Rave event series in a major way this year, with a tour of Ghana’s universities leading up to the much-anticipated return of the main Detty Rave in December.

The road to Detty Rave tour takes place this summer between 31st July and 31st August. The University of Cape Coast, Kwame Nkrumah University of Science and Technology (KNUST), and the University of Ghana (Legon) are the confirmed three, while a fourth university will be selected following the results of an online poll. Each event will be hosted by Mr Eazi, with performances from surprise guests, airing on live television across Africa.

Since its inception in 2017, Detty Rave has been a major draw of West Africa’s #DettyDecember calendar, bringing an all-star cast of international performers to Accra including Rick Ross, Koffee, Giggs, Afro B, Kranium, King Promise, Simi, Busiswa and KiDI, alongside sets from Africa’s top DJs. Covid 19 was the reason Mr Eazi to put the event on ice following Rick Ross-headlined 2019 edition but, with the demand for outdoor entertainment at an all-time high, he’s bringing the event back with the theme, “Da Funk.” 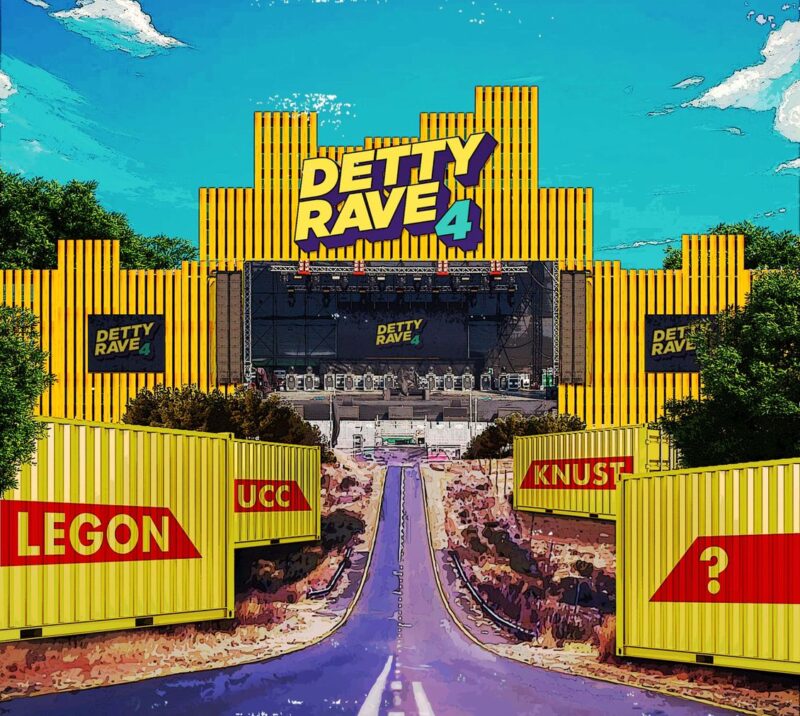 “Ever since I coined the term that has become synonymous with December enjoyment in West Africa, #DettyDecember, Detty Rave has been an event that everyone counts down to. It’s become a pilgrimage… it’s always been fun curating the experience and bringing people all over the world to rave in Ghana, so it’s beautiful to be bringing it back this year after two whole years apart,” Mr Eazi comments.

Detty Rave is organized and presented by EmPawa Live, the live music division of EmPawa Africa, Mr Eazi’s African music investment vehicle and label services company. While Eazi promises A-list guests at each edition of the tour, and the main Detty Rave in December, he’s returning the event to its roots by keeping the list of performers under wraps. Stay tuned for the road to Detty Rave 4 tour dates and information about this year’s Detty Rave.