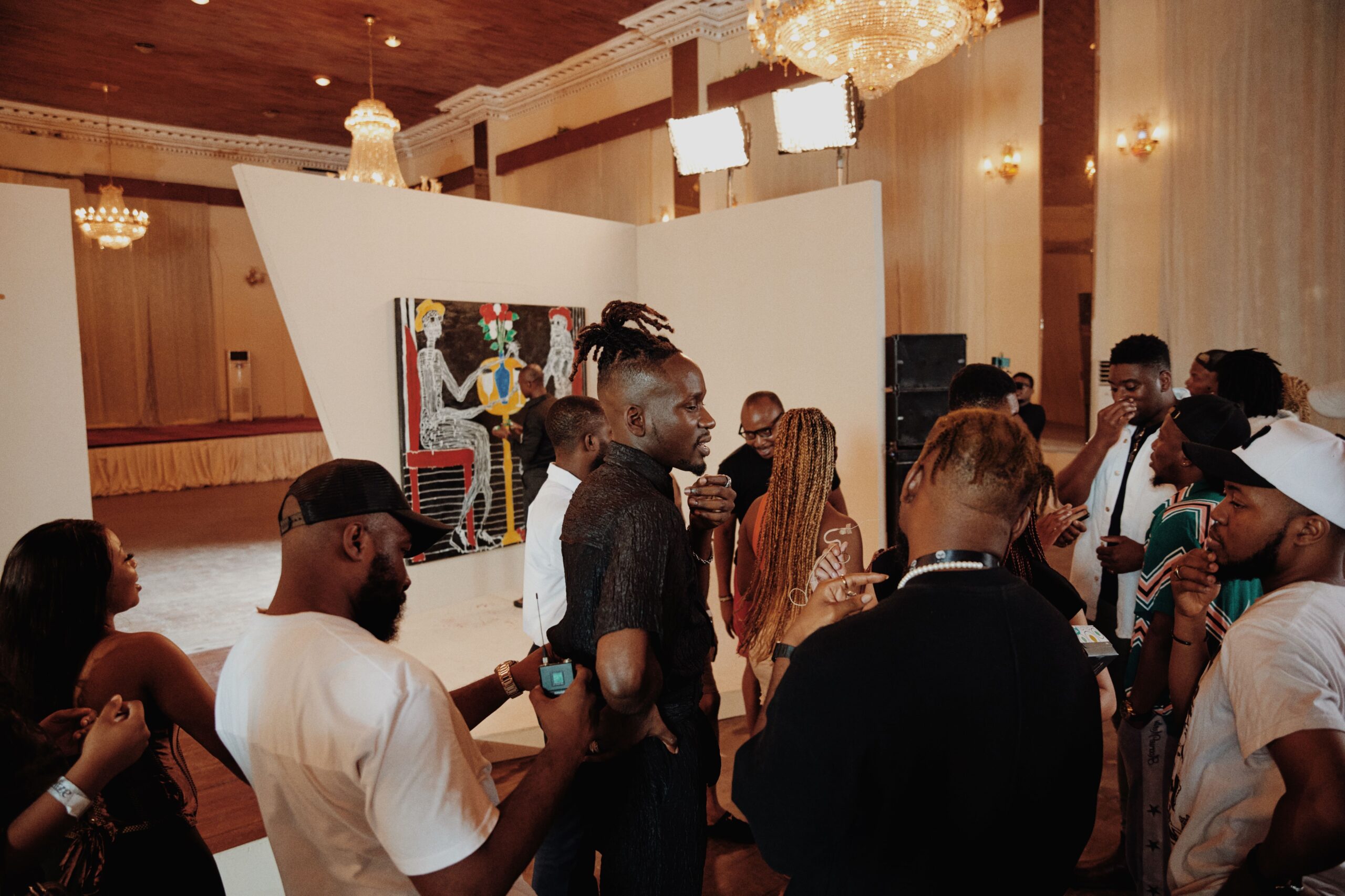 The mini-doc, directed by Demola Falomo, captures Eazi’s first time performing “Legalize,” the first single from his forthcoming debut album, as Patricorel creates the single’s artwork onsite for an intimate audience. The visuals were filmed at an invite-only event in May at a disused hotel in Lagos, Nigeria’s Lekki area.

Inspired by his growing interest in acquiring and platforming African art, Mr Eazi sees his as-yet-untitled debut album as a collection of art pieces. Each single from the album will be represented in the form of a series of uniquely commissioned pieces from different African visual artists. These pieces will be tokenized and shared with the public through specially curated metaverse and physical events.

For “Legalize,” Mr Eazi tapped Patricorel, whose work he was introduced to while recording for the album in Cotonou, Benin. While the track finds Eazi exposing his emotions as he celebrates his love for fiancee Temi Otedola, Patricorel’s painting by the same name simultaneously captures the intimacy of love, submission, vulnerability, and death’s finality.

“I see the instrumental as a canvas, just like Patricorel. It’s a plain canvas and you don’t know what you will create,” Mr Eazi explains. “What struck me was the fact that he represents love with his pieces, but he draws with skeletons. I think skeletons are our most human, naked form.”

The song “Legalize” and its official music video will be released on Friday, the 10th of June.