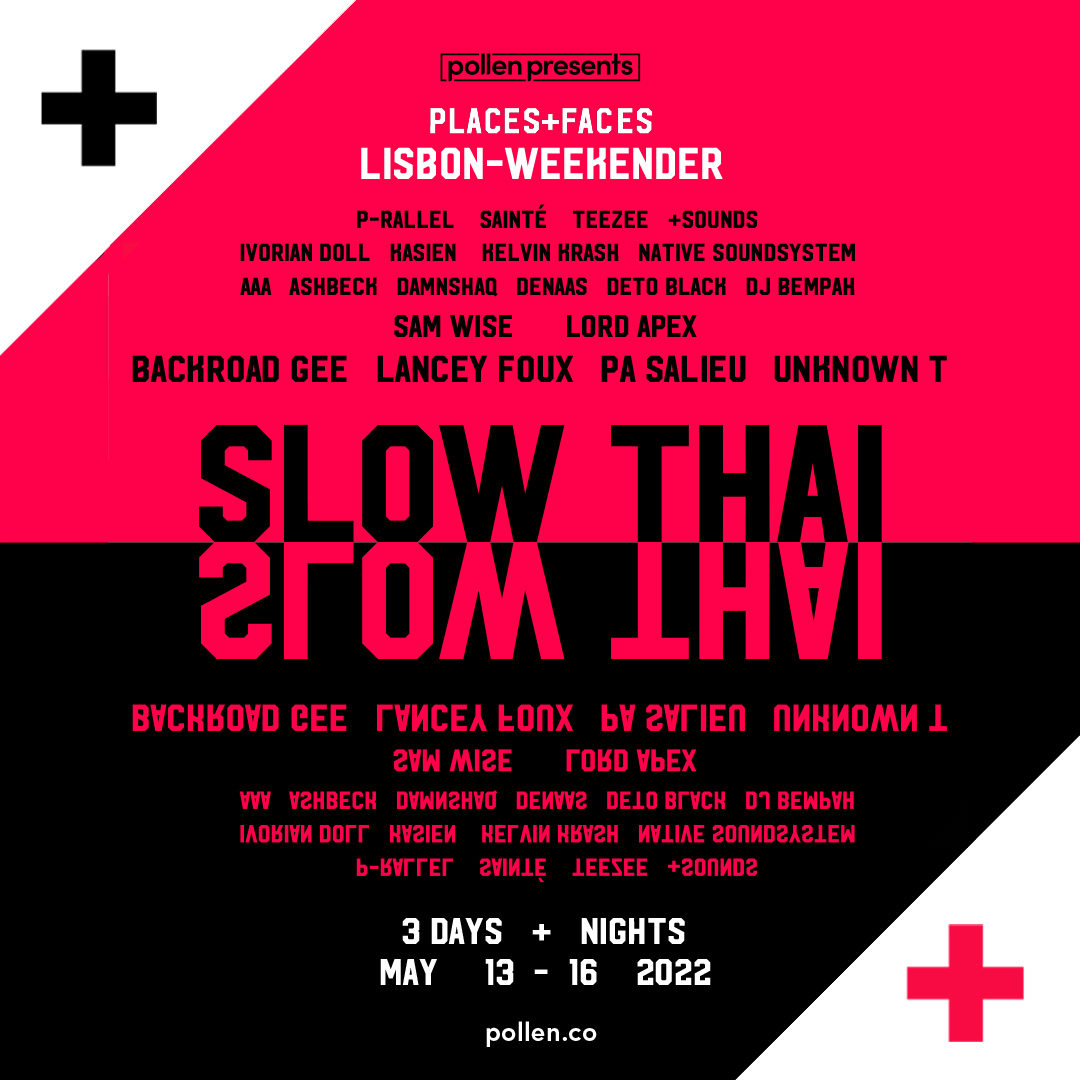 Pollen presents PLACES+FACES Lisbon Weekender adds even more incredible names to this year’s line-up. One of the most exciting lifestyle brands of 2022, Places+Faces, is coming to Portugal’s capital with a huge three-day experience from 13-16th May, hosted by leading experiential technology company, Pollen Presents.

As well as performances from an array of phenomenal hip hop and grime artists in venues across the city, the festival will also include other activities such as an exclusive merch drop, a photo exhibition, and a Places+Faces film club. Pollen customers will be able to immerse themselves in this multi-day itinerary that combines live entertainment, parties, and that essential relaxation time.

Backroad Gee has already proven himself in the grime scene at just 24 years old. Since his debut album Mukta Wit Reason dropped in 2019, the deeply talented lyricist has further established himself with hits ‘Party Popper’ featuring Pa Salieu. The pair’s following collaboration with ‘My Family’, earned three nominations from GRM Daily Rated Awards.

Also on the bill is London rapper Sam Wise – he came to prominence as part of the House of Pharaohs collective and since then climbed to new heights as a solo artist, with his initial mixtape Sorry You Were Saying and last year’s album Free Game showing off his spirited creativity and knack for crafting genre-bending rap. Lord Apex joins the line-up, an exciting London hip hop artist noted by COMPLEX as one of the ‘21 UK Rappers to Watch in 2021’.

Headliner slowthai is a one-of-a-kind act. Known for his emotional, raw lyrics and his fearlessness when directly addressing the struggles of British youth. His Mercury Prize nominated debut Nothing Great About Britain was released in 2019, swiftly followed by critically acclaimed Tyron in last year. Rising Coventry star, Pa Salieu, whose song ‘Frontline’ was the most-played track of 2020 on BBC Radio 1Xtra will also be performing. 2021 was a massive year for Pa, having performed at the MOBO Awards, crowned BBC’s Sound of 2021 and selected by GQ as one of the “new musicians who’ll make 2021 better”, 2022 is set to be an even bigger year.

Places+Faces Lisbon Weekender is one the hottest new experiences launched by Pollen, joining their previously announced events with an array of megastars – from Duran Duran to Justin Bieber, Bring Me The Horizon, J Balvin, Maya Jama and many more.

The Places+Faces Lisbon Weekender takes place from 13th to 16th May 2022 and tickets are available now. For more information on the event – including payment plans, package upgrades and news updates on the event itself – head to https://pollen.co/x/placesfaces-lisbon-2022-1.