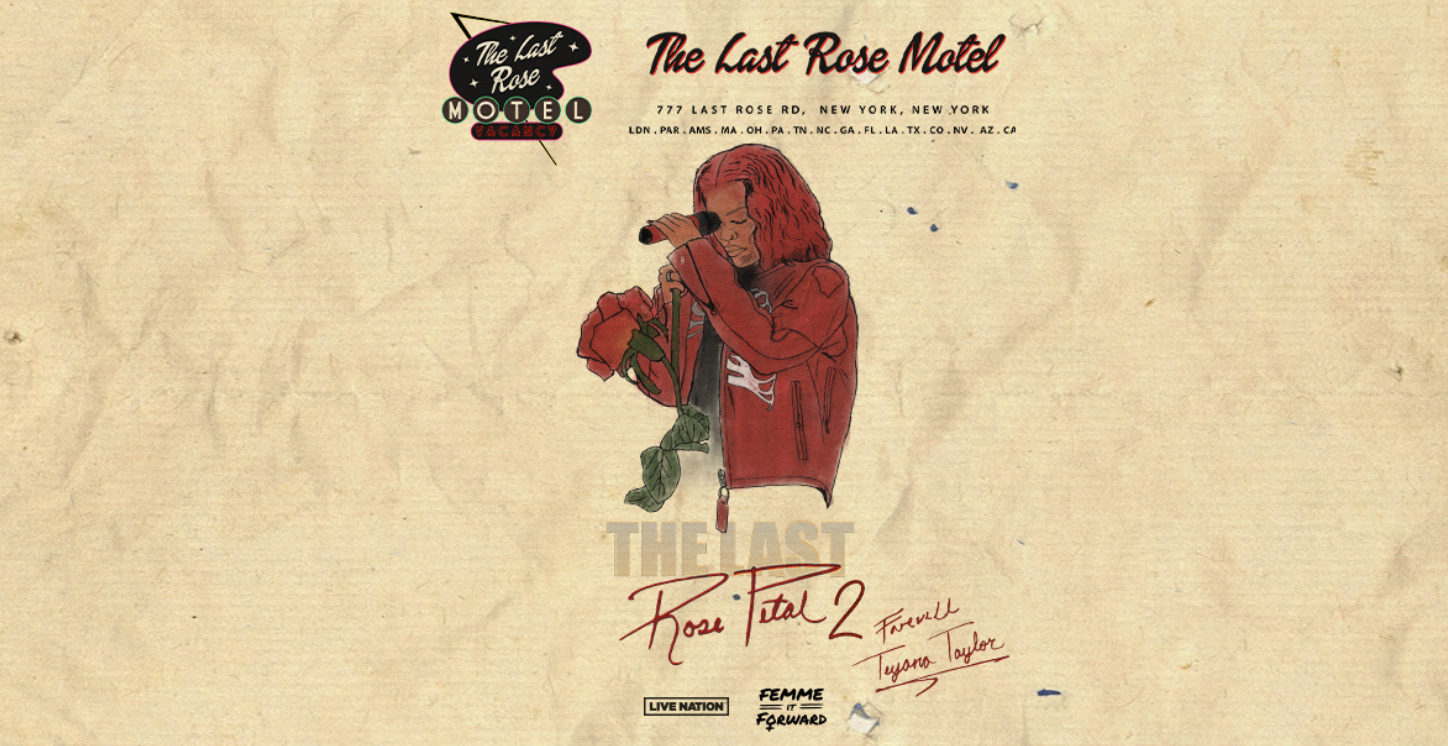 Teyana Taylor’s last ever tour is coming in September to the UK. The last Rose Petal 2 began in Los Angeles in August with a series of North American shows and then a brief European tour.

News of the tour were accompanied with a statement by Taylor:

“Sometimes we gotta take the time to smell our Roses even after the Last Petal falls. Come out and watch me, leave it all out on the stage… One last time… Just for you & as my last rose petal falls…”

The tour is produced by Live Nation and Femme It Forward, the 18-city tour kicks off on Wednesday, August 3rd at the Hollywood Palladium in Los Angeles, California.

The final date of the tour will take place in Paris on September 8.

Teyana Taylor is an R&B superstar, an artistic and entrepreneurial jack of all trades.

She initially signed a record deal with Pharell Williams’ Star Trak Entertainment label in 2005, but eventually

Teyana’s debut album, VII, was dropped in the 2010s, with hot-selling songs “Maybe” (ft. Yo Gotti and Pusha T)

“I literally can do everything. I never look at anything as being impossible. I exhaust all options to make it happen when it needs to happen.”

As part of her acting career, she starred as Sabrina in the dramedy Madea’s Big Happy Family (2011) by Tyler Perry. She’s also acted in The Breaks, Lee Daniel’s Star and the Amazon Prime video film Coming 2 America.

She described herself as an empowered lover of the arts, and considered herself as “Everything”, meaning she’s skilled enough to do anything she sets herself to fulfill.

Her second album, K.T.E. (2018) cemented Teyana Taylor as a famous artist. She self-directed videos for many of her songs, including the RIAA platinum-certified single “Gonna Love Me”, and gold-selling single “Issues/Hold on.”

Taylor has channeled her directing talents towards her peers’ videos, and garnered the attention and praise of Elton John for her dance moves.

Average ticket price for The Last Rose Petal 2 Tour is $53, with some reaching up to $390. You can find more information on the tour’s tickets at Ticketmaster’s website.