The best Afrobeats albums of the year so far (2022) 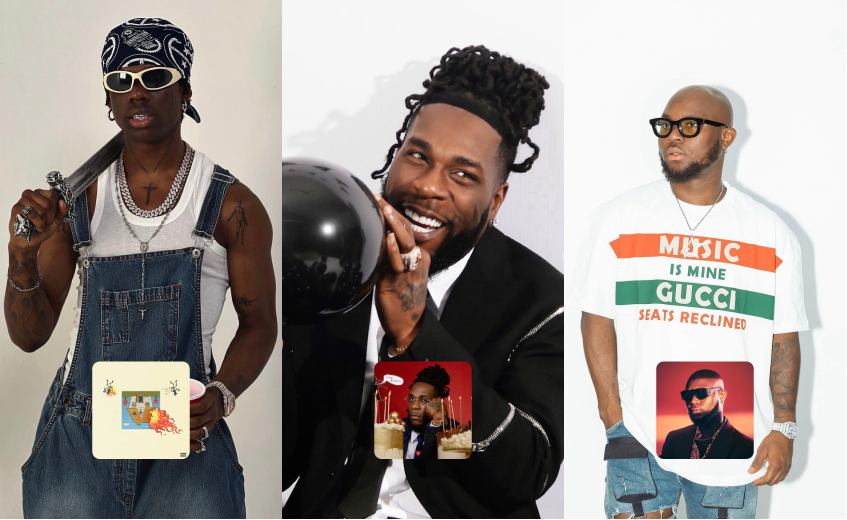 2022 has been a stellar year for Afrobeats so far. Even though we’re nowhere close to the end of the year yet, the fans have enjoyed multiple offerings from some of its hottest artists, ranging from Burna Boy, Rema Omah Lay, to King Promise, Fireboy DML and Gyakie.

To that effect, I’ve decided to walk down memory lane even though it hasn’t been a long time, to highlight some of the best projects (albums and EPs) from the Afrobeats scene in 2022. Without further ado, check out the best Afrobeats albums out this year, in no particular order.

At the beginning of the year when the streets were cold, Rema was there for us, he gave us something to feast on. Album-wise, he kickstarted the year with his debut studio album ‘Rave & Roses‘ which was released back in March.

Having dished out continent-spawning hits like Dumebi, Soundgasm, Woman, Beamer, and more, Rema opened a new chapter in his career adding a studio album to his catalogue and that album is the critically-acclaimed ‘Rave & Roses.’ Met with rave reviews from fans and critics, the album has been regarded as one of the best Nigerian albums of 2022 by credible publications.

Omah Lay’s debut album Boy Alone is absolutely euphonic. His run-up to the album was further stocked by the release of ‘Understand‘. “I thought we in this together, give you my necklace pendant, show you my best friend, you friend am,” the catchy hook has been on the lips of many music lovers since its release back in July last year, and obviously stands as Omah Lay’s most potent record since his sophomore extended play ‘What Have We Done‘.

Three months into 2022, Fireboy DML ignited the anticipation of his third studio album by delivering his first official single of the year dubbed ‘Playboy,‘ the lead single off the album of the same name. Already he has scored his biggest hit yet with the Ed Sheeran-assisted ‘Peru Remix‘ which earned certifications in different countries and his first Billboard Hot 100 entry in his career. He went ahead to release ‘Bandana‘ featuring one of the hottest artists in Nigeria at the moment, his label mate, Asake and built a bigger momentum towards his third album release.

Fireboy DML released his third studio album ‘Playboy‘ via YBNL/EMPIRE and it is his most collaborative project to date. The LP counts at a wholesome 14 tracks with guest appearances by Ed Sheeran, Chris Brown, Rema, Euro, Asake, and Shenseea. For the production, Fireboy calls on new and previous collaborators, Shizzi, P. Prime, Eskeez, Telz, Bizzouch, Blaise Beatz, Phantom, Zaki Amujei, Kel P, Type A, and Kolten.

Speaking on the album, Fireboy made these remarks, “love and appreciation to every one of these genius minds who worked with me on this project, and to my teams at YBNL and Empire.” The album is an attestation that Fireboy DML is ready for the next level. Given his recent success via Peru and the recently released Bandana, it is obvious that he has hacked the winning formula and is forging ahead in his new winning vest with enormous confidence.

The release of Gyakie’s second studio EP should not come as a surprise to anyone. Since her debut in 2019, she has remained on a very impressive and inspiring course. From dropping successive music singles, attempting record-breaking feats, topping music charts to winning multiple awards, performing at sold-out shows, headlining her own concert, making associations with powerful figures in music and becoming recognized as a symbol of empowerment to the girl child and females all over Africa, Gyakie has neither looked back nor slowed down.

‘My Diary’ adjoins the beautiful narrative that began on her SEED debut, this time chronicling the starlet’s encounters on her pathway to finding her galaxy. Armed with her delicious velvety vocals, Gyakie breaks down the EP in a track-by-track showcase of her musical range starting with mellow jazz symphonies on the opener, audience, down to the ragga-esque Waka Waka that brings the listening experience to an exciting close. Between these two vibes, there are R&B instalments on Far Away, the deeply emotive For My Baby as well as Something, inspired by the popular Banku sound. And then she taps on global Afrobeats sensation, Davido, who also is the only featured act on the EP for a vocal assist on Flames.