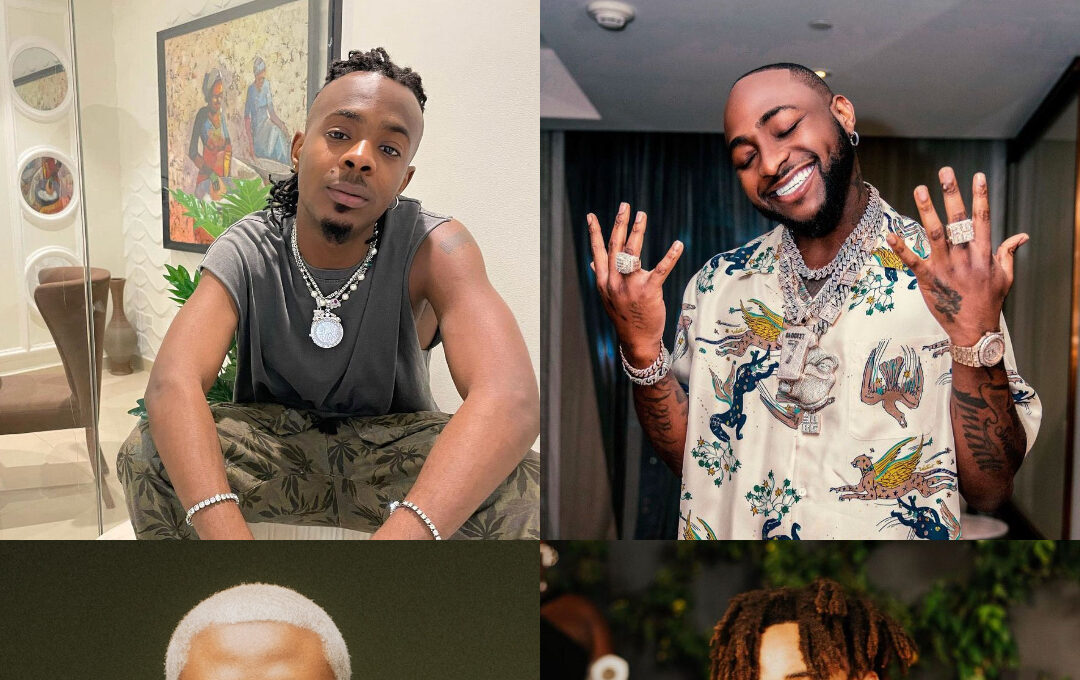 Afrobeats is one of the world’s fastest-growing genres of music which originated in the Western part of Africa. After over two decades since its formulation, the champions of the genre are finally receiving their flowers.

We’ve had a good number of mellifluous Afrobeats records released in the previous months and April is not an exception. I’ve meticulously curated some of the best songs rolled out in the previous month (April) and I’m definitely convinced it’ll activate your excitement.

Young Jonn is one of the hit-making record producers from Nigeria. After he penned a recording deal with prominent Nigerian record label, Chocolate City, he transition from being a record producer to a singer. Debuting for the label with ‘Love Is Not Enough‘ extended play, he scored a local hit with the fan favourite, ‘Dada.’

In a bid to score a bigger hit, he released a remix for ‘Dada,’ joining forces with one of the most decorated artists in Africa, Davido. As regards production credit, Niphkeys and Youg Jonn carried out a commendable job.

Since BNXN (fka Buju) made his debut in the music scene, he’s been on a roll, delivering some of the hottest hooks the game has witnessed in recent years. From his soothing hook on Ladipoe’s 2021 song ‘Feeling‘ to his sublime verse on Pheelz’s hit single ‘Finesse,’ the boy has been balling.

Recently, he shared the remix for ‘Kilometer,’ one of the songs housed under his critically acclaimed 2021 extended play ‘Sorry I’m Late.’ On the remix, Buju collaborated with Marlian Music poster boy, Zinoleesky who blessed the song with his sultry vocals. The record was produced by Grammy-certified beatmaker, Rexxie.

Weeks ago, Mavin Records announced the signing of her latest artist, Boy Spyce. Hails from Edo State in Nigeria, the singer-songwriter is known for delivering covers for popular songs which he converted to his advantage in building a decent following on social media. Attention was drawn to him when he triggered a frenzy on social media over a cover he made on Wizkid’s 2x platinum record ‘Essence‘ months ago.

Last month, he delivered one of the best Nigerian projects of 2022, the ‘Boy Spyce‘ extended play. Consisting of 5 mellifluous songs, ‘Nobody‘ is the particular track that has enjoyed the most acclaim, it is obviously the fan favourite. The record was co-produced by Johnny Drille and Presto.

Victony is a Nigerian singer and rapper signed to Mainland Block Party and Jungle Records. He is one of the promising music artistes from the African continent at the moment.

As a form of preparation for the release of his forthcoming extended play ‘Outlaw,’ Victony dished out a catchy and infectious tune dubbed ‘Kolomental‘ and it is without a doubt, one of the best records delivered last month. Production credit goes to Blaise Beatz.

Following her recognition at the 64th annual Grammy awards regarding her contribution to Angelique Kidjo’s Grammy-winning album, ‘Mother Nature,’ Yemi Alade shared her first official single for the year titled ‘My Man‘ and it features renowned Jamaican vocalist, Kranium.

The record was produced by her frequent collaborator, Egar Boi.

Terri burst into the Afrobeats scene when he was only a teenager, becoming one of the artists to be signed by Wizkid to Starboy Entertainment. He also collaborated with Wizkid on the hit single ‘Soco,’ and later released his debut extended play ‘Afro Series‘ in 2020, garnering over 50 million streams on digital streaming platforms.

Weeks ago, he dished out his sophomore extended play dubbed ‘In Transit‘ and I am definitely loving it. Thus far, the 4th track ‘For Here‘ seems to do it for me.

Featuring Ayra Starr and Lojay, ‘Runaway‘ is the debut single from NATIVE Sound System, a DJ collective and production group hailing from Lagos, Nigeria. As the lead single off NATIVE Sound System’s forthcoming compilation album, ‘Runaway‘ couples familiar voices on uncharted sounds, thereby exemplifying the sonic journey of the project as a whole. Curated according to the cultural and climatic seasons that define a year in Lagos, ‘Runaway‘ is the perfect record to soothe listeners through the patter of a rainy day.