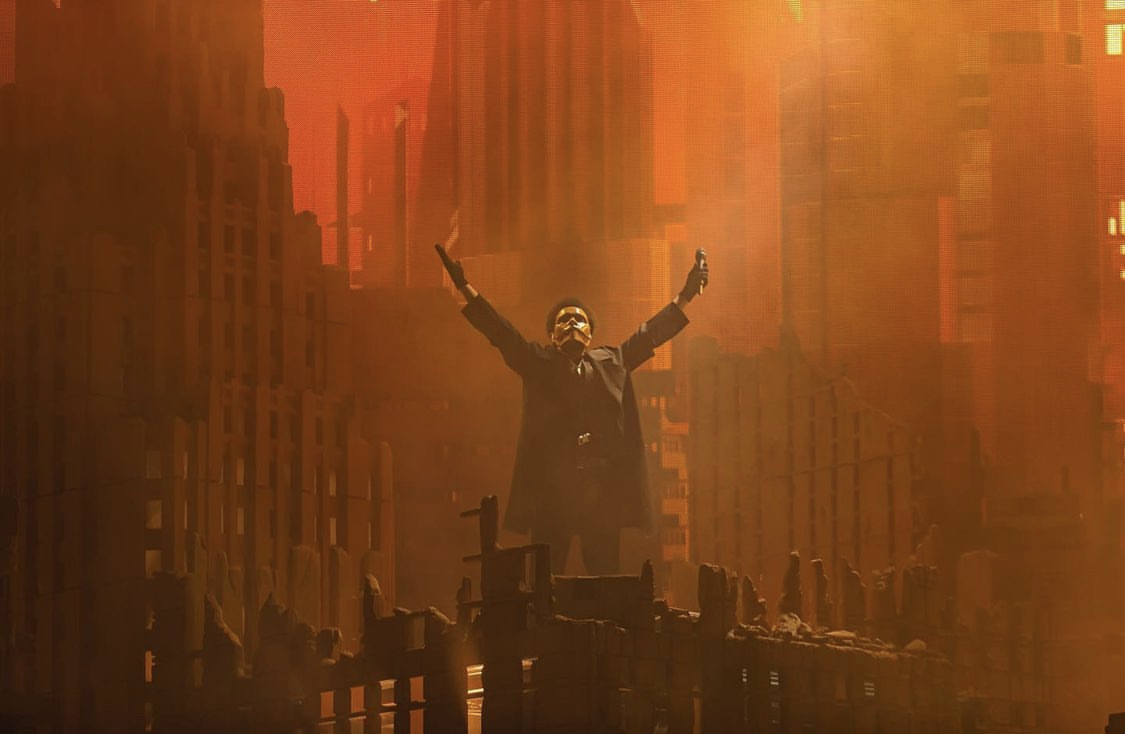 After waiting for two years, The Weeknd’s After Hours Til Dawn tour was finally held on the night of July 16 at MetLife Stadium, and it was more than electrifying.

“I want to do something bigger and special for you which requires stadiums,” The Weeknd said when he upgraded his 2022 arena tour to his first-ever stadium tour. The tour was originally slated to hold in 2020, the same year he released After Hours but due to the pandemic, it was put on hold. The Weekend didn’t allow Covid to hold him down, he went on to release various hits during the 2021 Superbowl Halftime Show and dropped a new album, Dawn FM thereby naming the tour “After Hours til Dawn Tour” after his two most acclaimed albums: After Hours and Dawn FM.

The stage of The Weeknd’s After Hours Til Dawn Tour sold-out show at MetLife stadium held a backdrop mimicking a city skyline, a runway the length of the entire stadium floor with platforms in the middle and at the end, a big, suspended moon above the end platform, a laser light show, ominous cloaked dancers, and lit up wristbands that were handed out to his over 70, 000 fans as they sang their throats out.

The night opened with an early performance from Mike Dean who provided an atmospheric tempo as the fans trooped into the stadium. Kaytranda took over shortly after but when it became time for the main event, fans screamed The Weeknd’s name at the top of their voices signalling they were ready to ride. 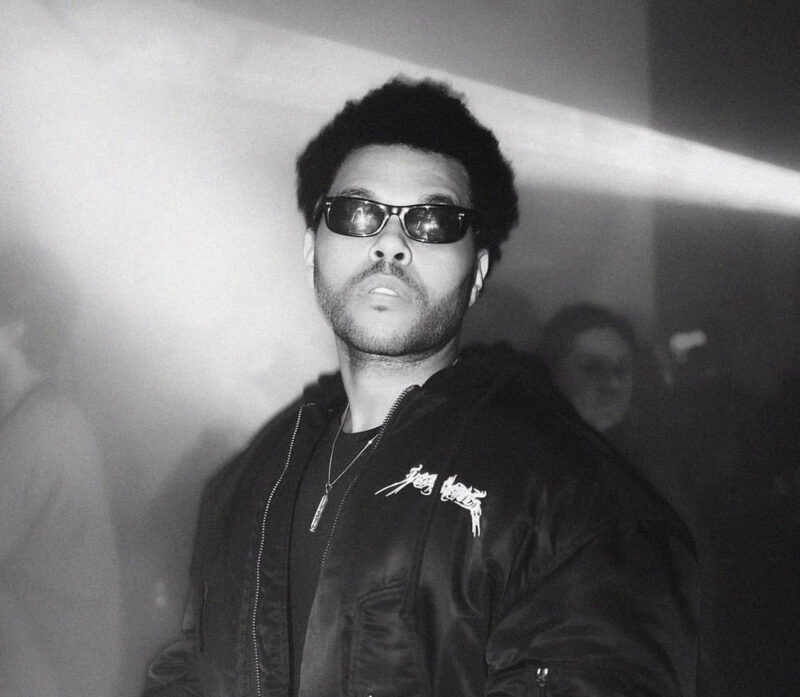 The Weeknd had no problem forging a setlist to satisfy such a massive audience, considering the artist born Abel Tesfaye remains one of the most universal forces over the last seven years, ever since I Can’t Feel My Face and The Hills which broke the R&B singer’s brand of darkly hewed, sex-soaked songwriting to the masses in 2015.

The Toronto megastar kicked off the show by performing “Alone Again” off After Hours as he popped up from one of the corroded buildings in the apocalyptic city skyline stage setup. Even though The Weekend is far from pop’s most polished entertainer his dance moves fall somewhere between Michael Jackson’s break dance moves and a toddler jumping around his playpen. You could see the satisfaction from the fans as they yelled drenched in sweat typical of an over-joyous crowd.

The only other people to touch the stage during The Weekend’s performance were a group of two-dozen faceless dancers clothed in vaguely Middle Eastern crimson cloaks and veils as they performed intricate choreography over the 95-minute sets of songs. 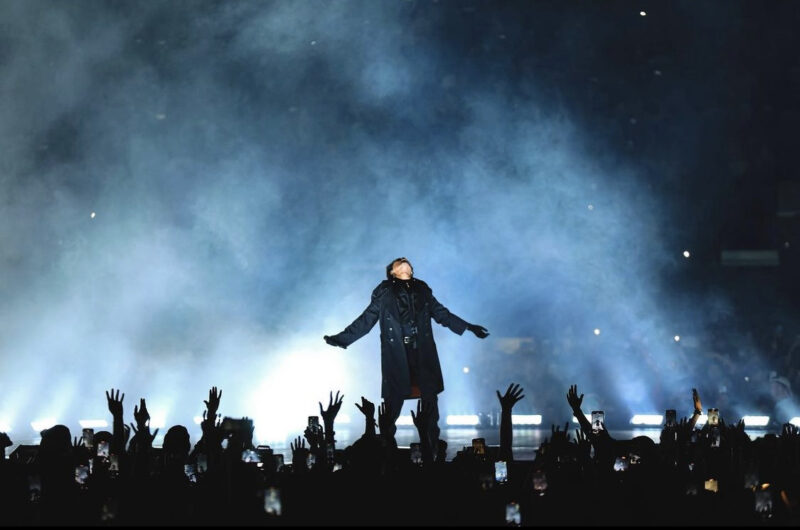 The sky briefly opened up midway through the show for a well-timed rain shower just as The Weeknd performed The Hills creating a truly epic elemental contrast that made the performance feel spiritual. “Y’all trying to go home now?” The Weekend asked the dampening crowd “No!” they screamed. From there, The Weekend kept his foot on the throttle with no breaks in between and had New Jersey, New York City, and the rest of the tri-state area in the palm of his hands.

The night’s finest singing came during a sweeping, cinematic take on 2018′s “Call Out My Name,” with The Weeknd’s crisp, powerful notes supported by an audience mimicking the tune’s desperate drama.

After Hours Til Dawn Tour reminds us that The Weeknd is definitely still an enigma at heart. The excited crowd and the affecting stage performance cement the show as one of New Jersey’s hottest performances of 2022. With 16 more tours to go, The Weeknd is off to a fiery start with an amazing performance at MetLife Stadium.