Watch Burna Boy, Ed Sheeran in ‘For My Hand’ video 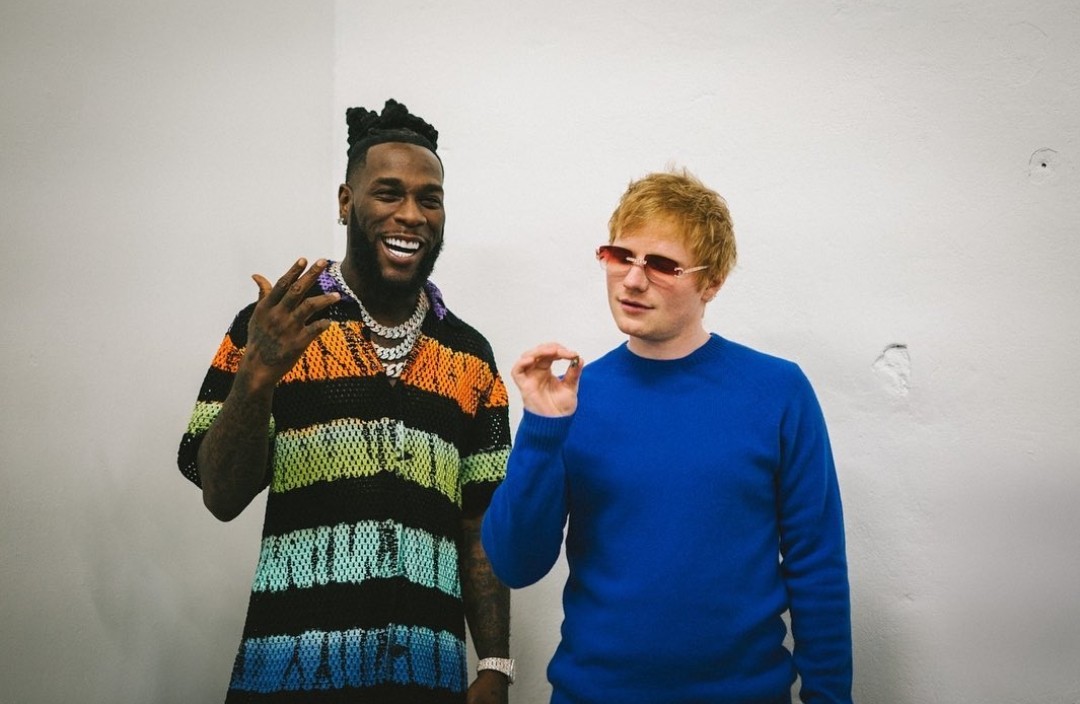 Burna Boy collaborates with Ed Sheeran on the album’s 13th track, it is complemented with a befitting music video which displays both acts switching between hanging out in an elevator and footage of a couple performing a sensual dance, depicting the theme of the song. The song is all about love, it stresses the importance of being always available for a loved one.

It is no surprise how Burna Boy and Ed Sheeran complimented each other on the new record, both singers have previously recorded a collaboration on Stormzy’s popular single ‘Own It‘ and Ed Sheeran has had experience working with Afrobeats artists, he definitely enjoyed working with Fireboy DML on the successful record ‘Peru‘. Moreover, they both performed the track together at Ed Sheeran’s concert at the prestigious Wembley Stadium days before the Love, Damini album was released, as part of Ed’s 2022 + – = ÷ x tour.

Love, Damini consists of 19 songs, it serves as Burna Boy’s sixth studio album, a follow-up to the Grammy-winning ‘Twice As Tall‘ LP released just about two years ago, which earned his highest placement on the Billboard 200 chart, debuting at No. 54 on the list. Within 24 hours of release, the Love, Damini album has become the highest-charting African album on US Apple Music peaking position at No. 2. It is also the highest-charting on US iTunes peaking at No. 2 position.