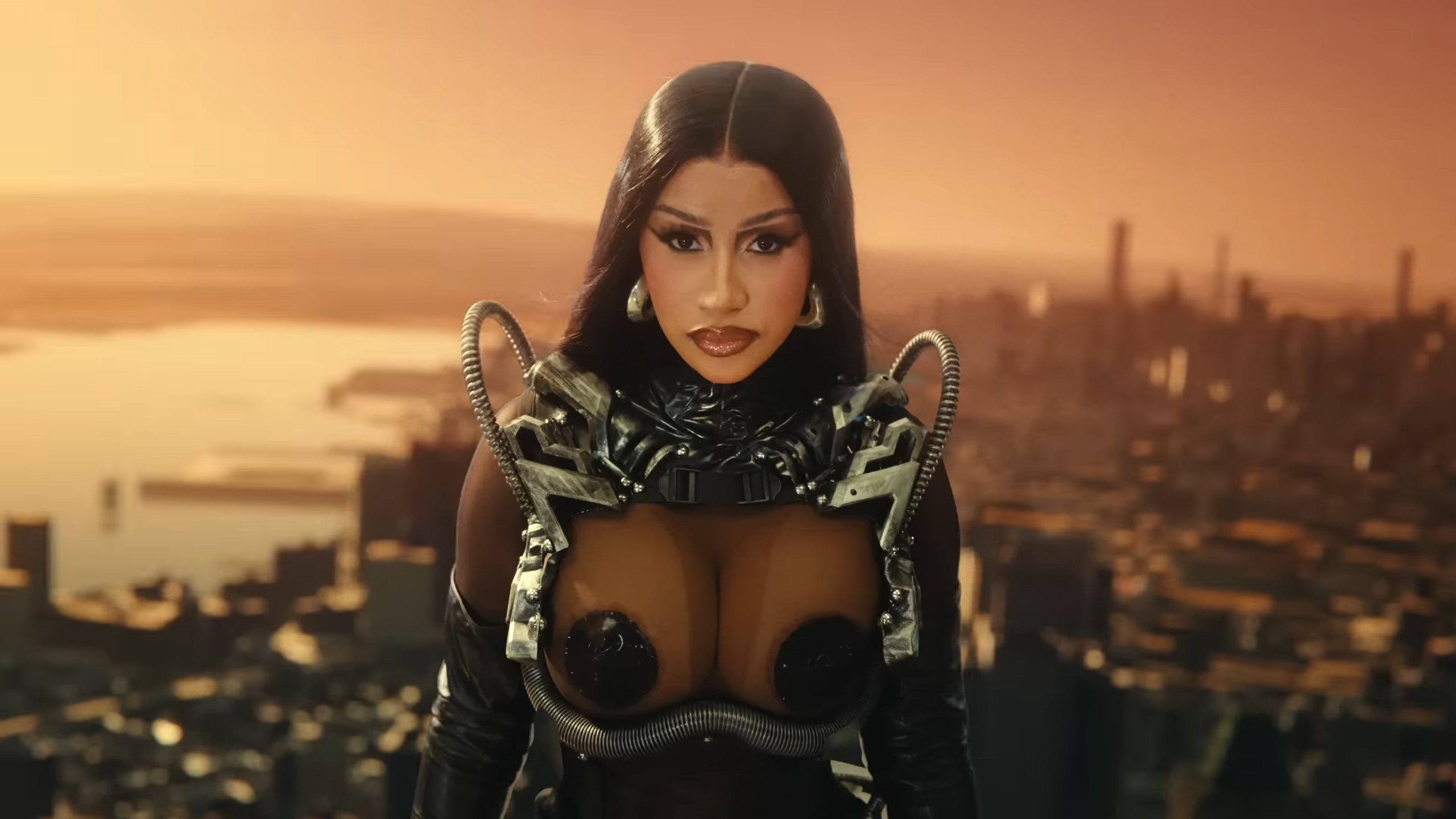 Earlier this month, Cardi B dropped the single, Hot Sh!t featuring Lil Durk and Kanye West, and now the Bronx rapper is back with a video for the track.

At the time of the song’s release, Cardi B revealed that she’s been sitting on “Hot Sh!t” for quite some time. “I think this record is actually older than WAP,” Cardi said on Twitter Spaces. “It is everyone’s favourite.” “I love the record. It’s something that I feel like y’all haven’t heard from me before. I feel like people are expecting a lot of saltiness and blah blah blah. Y’all keep talkin’ I keep making TikTok records and this is definitely not that. It’s a fun great record. It’s masculine, it’s great for the clubs, it’s great for the bitches,” she continued.

With production credits from Tay Keith, the high-budget video was shot and directed by Lado Kvataniya. The video sees Cardi B dressed in black armour on a skyscraper with dark fiery crowds typical of the ‘bad b!tch’ she claims to be. She transcends to an enclosed space with a white background somewhere that looks like a robotic lab of some sort. This scene sees half of her hair and part of her body lit up as the robots move in her direction.

Lil Durk comes in standing on a car in the middle of a sea with strains of light pointing at him as he delivers his verse. Later in the video, Kanye West dances in front of a motorcycle while taking his verse. It is now a usual thing in Kanye’s music videos, he’s most times covered by either a helmet or a cloak.

Hot Sh!t marks the third single to be lifted off from her untitled upcoming album following 2020’s chart-topping WAP with Megan Thee stallion and 2021’s UP.

The singer has also claimed to be at work on a collaboration with Lil Kim and is also planning a new mixtape alongside her husband, Offset.