What 2022 has looked like in Hip-Hop scene so far 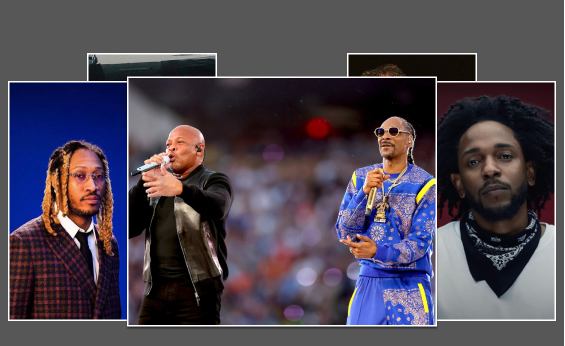 When you think of hip-hop, several years come to mind like 1994 with Dre and Snoop’s classic debuts. 1998 which marked a clean slate for hip-hop. A little over halfway down the year in and we can say 2022 is one of those years owing to the different happenings in the hip-hop scene. From the emergence of rising acts to album releases from artists like Kendrick Lamar who took time off from the music scene to unexpected collaborations between artists with disparate hip-pop styles, energetic performances at shows/concerts, and subtle twists in some of the most popular award events.

We decide to go down memory lane to look at what 2022 has looked like for the hip-hop scene so far.

The Emergence of Rising Acts

This year has seen the rise of new hip-hop artists like New Orleans rapper, Rob49. Although the artiste appeared with his single, Vulture Island in 2021, he dropped a new album, Welcome to Vulture Island. With his energy and delivery, it looks like he’s set to bring New Orleans back to the forefront of the rap scene. The South L. A group, Baby Stone Gorillas also left a mark with Do It Up preceding their debut self-titled EP. Yung Sinn came up with his Ben 1O to show us his worth as a Trap-pop artiste.

The king of drip himself, Gunna opened the year with his third studio album DS4EVER featuring his exotic cars, gemstones, and expensive lifestyle punched up by spontaneous flows and melodic switch-ups with YoungBoy Never Broke Again releasing Colors at the end of the first month of the year.

Kodak Black came up with a new album release to let us know he is ‘Back For Everything’ he has lost, and we could attest to this as the album went way up to debut at N0.2 on the Billboard 200. Just when we were bopping our heads to these previously released projects, one of our favourite Chicago stars, Lil Durk dropped 722o on us to show he’s still got those earworm melodies and impassioned bars that made us fall in love in the first place.

One of hip-hop’s most influential rappers, Kendrick Lamar dropped his giddy dramatic Mr. Morale & The Big Steppers to reveal what has kept him away from the music scene for so long. Drake dropped a dance album outside of his usual hip-hop projects and just said: ‘Honestly, Never Mind.’

Other top albums include Future’s I Never Liked You, Pusha T’s It’s Almost Dry, and Beyonce’s recently released seventh studio album Renaissance which is currently topping charts in different countries of the world.

As some people like to say, “two hip-hop heads are better than one.” Not only has 2022 brought us a lot of top albums, but there have also been some awesome collaborations. Tyga decided to tap Doja Cat on Freaky Deaky and their flow showed their compatibility. Doja Cat, as a true vocal artist and Tyga’s lyrical abilities.

Gunna went ahead to feature Drake on P Power and of course, it was an eclectic collaboration between two rap geniuses. Nicki Minaj and Lil Baby’s Bussin left fans miming and dancing on Tik-Tok. Fivio Foreign, Alicia keys, and Kanyewest came together to drop the empathetic City of God in honour of 22-year-old Tahjay Dobson who was fatally shot in Brooklyn while renowned female rapper, Megan Thee Stallion featured Shensea on Lick.

Other notable collaborations are Dababy and NBA Young Boy on Hit, the posthumous Don’t Play That by King Von and 21 Savage, Nicki Minaj’s Fivio Foreign-assisted We Go Up, Gunna and Lil Durk on What Happened to Virgil, The Game and Kanye West on Easy and more.

On the 3rd of April 2022, the 64th Annual Grammy Awards was held at MCM Grand Garden Arena, Las Vegas and of course, hip-hop artists were not left out of the train of awardees. Baby Keem and Kendrick Lamar went home with the Best Rap Performance with Family Ties. The category for Best Rap Album went to Tyler the Creator’s sixth studio album Call Me if You Get Lost with Kanye West’s Lil Baby and The Weekend assisted Hurricane earning the category of Best Melodic Rap Performance.

As expected, the Black Entertainment Television (BET) Awards was a mixture of events for black hip-hop artists as well as other musicians around the world. The award show started with our own body positivity model and rapper, Lizzo giving a disco-inspired performance for her hit single, About Damn Time. Kanye West presented legendary music mogul, Diddy with the Prestigious Lifetime Achievement Awards. Talented rapper, Latto was presented with the award for best artist. Ella Mai brought rapper Roddy Rich and Baby Face to the stage to perform her single, How.

Although 2022 hasn’t come to an end yet there has been a list of thrilling concerts that have created euphoric moments for fans and viewers. First, was the Superbowl Halftime Show which was held on the 13th of February at the So-Fi Stadium in Inglewood, Calif. The show had legendary hip-hop artists Dr. Dre, Snoop Dog, Kendrick Lamar, Mary J. Blige, and Eminem take the stage for an electrifying performance at halftime. The spectacular, high-energy performance was a powerful celebration of hip hop and its evolution over the last three decades.

The Weekend also kept the crowd on lockdown with an energetic performance at his After Hours Til Dawn Tour which premiered at the Met Life Stadium.

Although the recently concluded Rolling Loud Festival was yet another successful one, it was a big uproar of events. From Kid Cudi leaving the stage after fans got angry that Kanye West didn’t show up as the headliner to West appearing on Lil Durk’s set and Travis Scott making a surprise appearance with Future on the stage after rumours had gone up that he wouldn’t be able to attend. The show left fans amidst shocking turnarounds and expectations.

Even though 2022 is far from coming to an end, the year has proved itself to be one of those years we can write down as a valuable year in the hip-hop scene. We can’t wait for what the rest of the year has to offer.