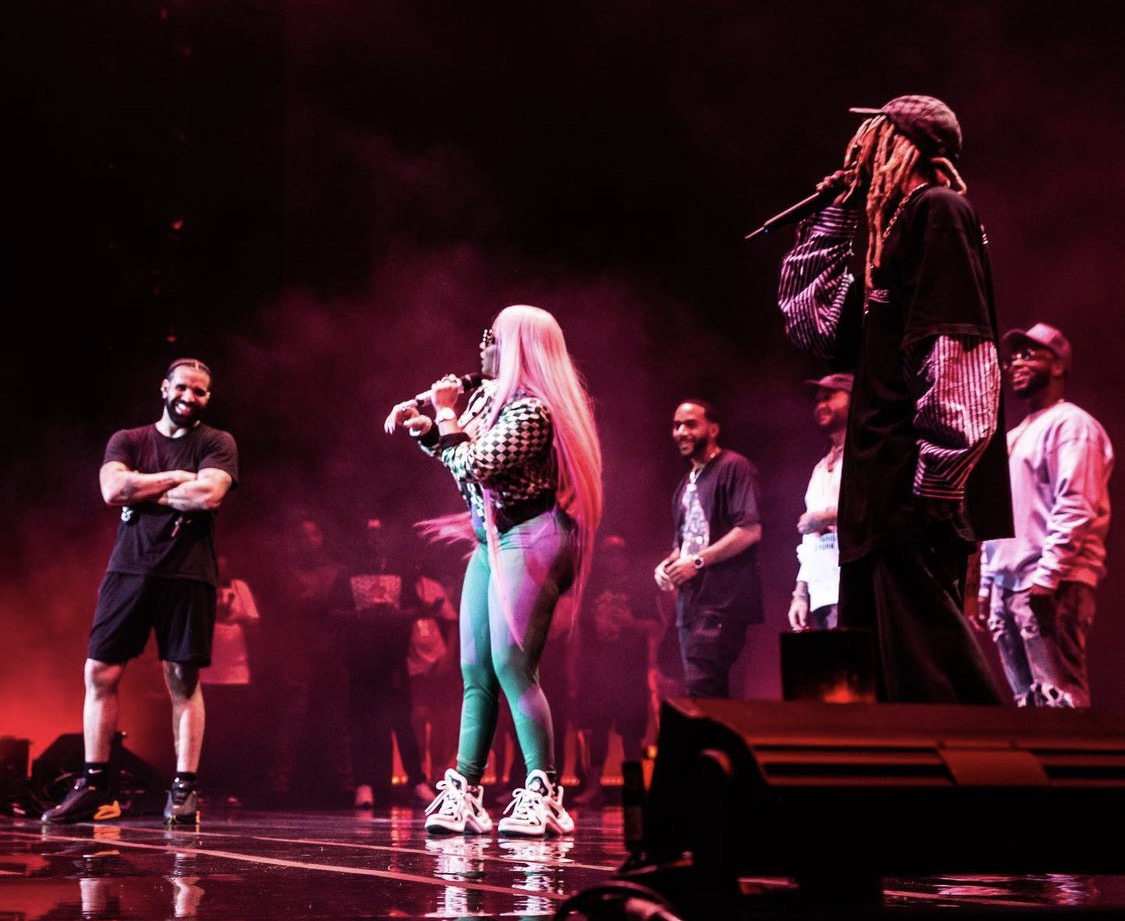 On the 6th day of August, Drake kept his promise to Toronto and featured Lil Wayne and Nicki Minaj at his much-anticipated Young Money Reunion Show. They performed several hits together, including “HYFR,” “Moment 4 Life,” “Up All Night,” and “The Motto.”

The show was originally part of Drake’s October World Weekend, billed as the ‘Road to OVO Fest’ but was postponed due to Drake testing positive for Covid 19. After testing negative for Covid 19 Drake announced the new date saying, “this was the only date available until the fall and because the family is so solid everybody is flying back in to make it happen for you all… SEE YOU SATURDAY… young moulaaa.”

Without further ado, these are what we learned from the reunion show.

The show started later than scheduled.

He began with Uproar and quickly followed up with his numerous hits. His performance could be felt across the excited audience as he dripped and thrilled fans affirming his position as one of the greatest rappers ever.

Drake made jokes about the reactions to his latest album, Honestly, Nevermind.

Drake released ‘Honestly, Nevermind‘ on the 17th of June and critics have had different opinions on the album. After performing hits like Jimmy Cooks and What’s Next, Drake sassily addressed critics saying “the album’s called Honestly, Nevermind, and it’s one of the greatest things I ever did. I like to challenge myself, you know? But I had a lot of people like hitting me up like, ‘You know, that shit’s too fast, I don’t know… you makin’ like Zara music,” pausing so the crowd could laugh at the reference to the social media posts saying the album sounded like it was made to be played in the fast fashion retailer. “And I said, Would you like me to slow it down? Do you want the old Drake? That’s all you gotta say.” He then gave a slowed-down Take Care-era sounding performance of Laugh Now Cry Later.

Drake gives an emotional shout-out to his colleagues.

At one point in the show, Drake gave a heartfelt shoutout to both of his colleagues: “I’m standing onstage with the greatest rapper of all time,” he said, pointing to Lil Wayne. “And I’m standing onstage with the other greatest rapper of all time, she’s over there with the pink hair. By the way, like, are these bitches serious? Like, nobody can f*ck with Nicki… She’s like the originator, it starts here, ends here, all that shit.”

Expect Nicki Minaj to come in hot and banging with all that bad girl attitude. She came through with her bright pink hair and electric green outfit whipping her hair confidently as she performed her hits including Chun-Li, Beez In The Trap, Starships, and more. She brought out surprise guest Skillibeng for Crocodile Teeth and then the crowd went wild when she performed her new song “Super Freaky Girl,” marking the first live performance of the track.

Lil Wayne was given his flowers.

The show was mostly about Lil Wayne having started the Young Money crew and signing both rappers. Drake and Nicki Minaj made sure the rapper felt appreciated for giving them a platform to showcase their talents. Drake expressed his gratitude by calling Lil Wayne the greatest rapper of all time which Nicki wholeheartedly agreed with. He recalled a time when they were together on tour, “you gave me $30, 000 that I was able to bring home to my mother, and that changed the next. like, six months for us. Never forget. That’s the most important amount of money I’ve made in my life to date,” he said as Lil Wayne smiled. “You’re the most important man to each and every one of us. You are truly the most selfless man on planet earth, to find all these people from across the motherfucking world, bring us all together, give us all a shot, this is me by the way, I’m your son, look at this shit. You did this. You did this shit,” he added.

After bringing the hit to the stage, Lil Wayne formally announced his forthcoming 15th studio album, Tha Carter VI by sharing its logo on the main screen behind the stage towards the end of the show. Although a release date was not given, it served as one of the highlights of the show.

It’s amazing to see the trio perform together on stage once again. It was an amazing trip down memory lane as they took us back to the era when Young Money ruled hip-hop.