HomeMoviesJordan Peele's 'Nope' The Start Of A Sequel ?
Movies

Jordan Peele’s ‘Nope’ The Start Of A Sequel ? 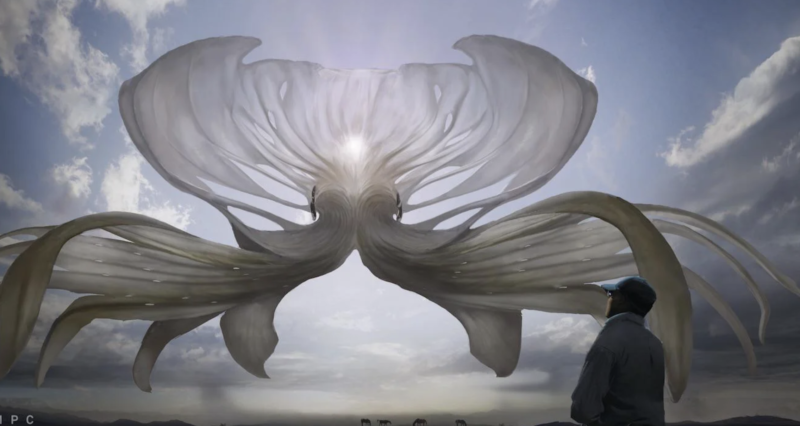 In an interview with The New York Times, Jordan Peele revealed that Nope could be the first of his films to receive a sequel.

Peele is the Academy Award-winning director of Get Out (2017), Us (2019), and the founder of film and TV production company Monkeypaw Productions.

Many directors praised both Get Out and Us, but expressed how Jordan Peele has reached his directorial apex with Nope.

In the interview, he mentioned how there are possibly more stories to tell about O.J. and Emerald, the characters played by Kaluuya and Palmer respectively.

Nope has grossed roughly $151 million worldwide since its opening weekend.

The film has a distinct Neo-Western science fiction horror theme, praised mostly for its performance, cinematography, and direction.

High definition images of some of the movie’s best shots have been released and left fans of the movie impressed with its stunning direction, especially with the way Peele subverts audience expectations in the

The film also provides much-needed social commentary on the treatment of animal actors and characters in Hollywood.

Nope is a movie about humanity’s addiction to spectacle. At the beginning of the film, it quotes the Bible’s (a recurring theme in Peele’s latest films) Book of Nahum, chapter three, verse six: “And I will cast abominable filth upon thee, and make thee vile, and will set thee as a spectacle”, which at first glance seems insignificant.

That’s until we find out the true nature of the film’s villain, and its alien motivations for sparking the mystery of Nope’s plot.

People seem to focus on the infamous upright blue shoe that’s present throughout the film despite it being not relevant to the film’s plot.

Most fans seemed to expect some revelation that’d involve the use of the recurring shoe motif, yet all Peele said that it represented one of the characters’ dissociative psychological switch.

A character in the film is also listed as “Nobody” on IMDB, credited to Michael Busch. Busch is a comedian who has played small parts in ads and shows, but doesn’t appear in the film despite showing up on a couple of the trailers.

When asked about it, Peele only said:

“The story of that character has yet to be told, I can tell you that. Which is another frustrating way of saying, I’m glad people are paying attention. I do think they will get more answers on some of these things in the future. We’re not over telling all of these stories.”