10 Nigerian albums to expect before the end of 2022 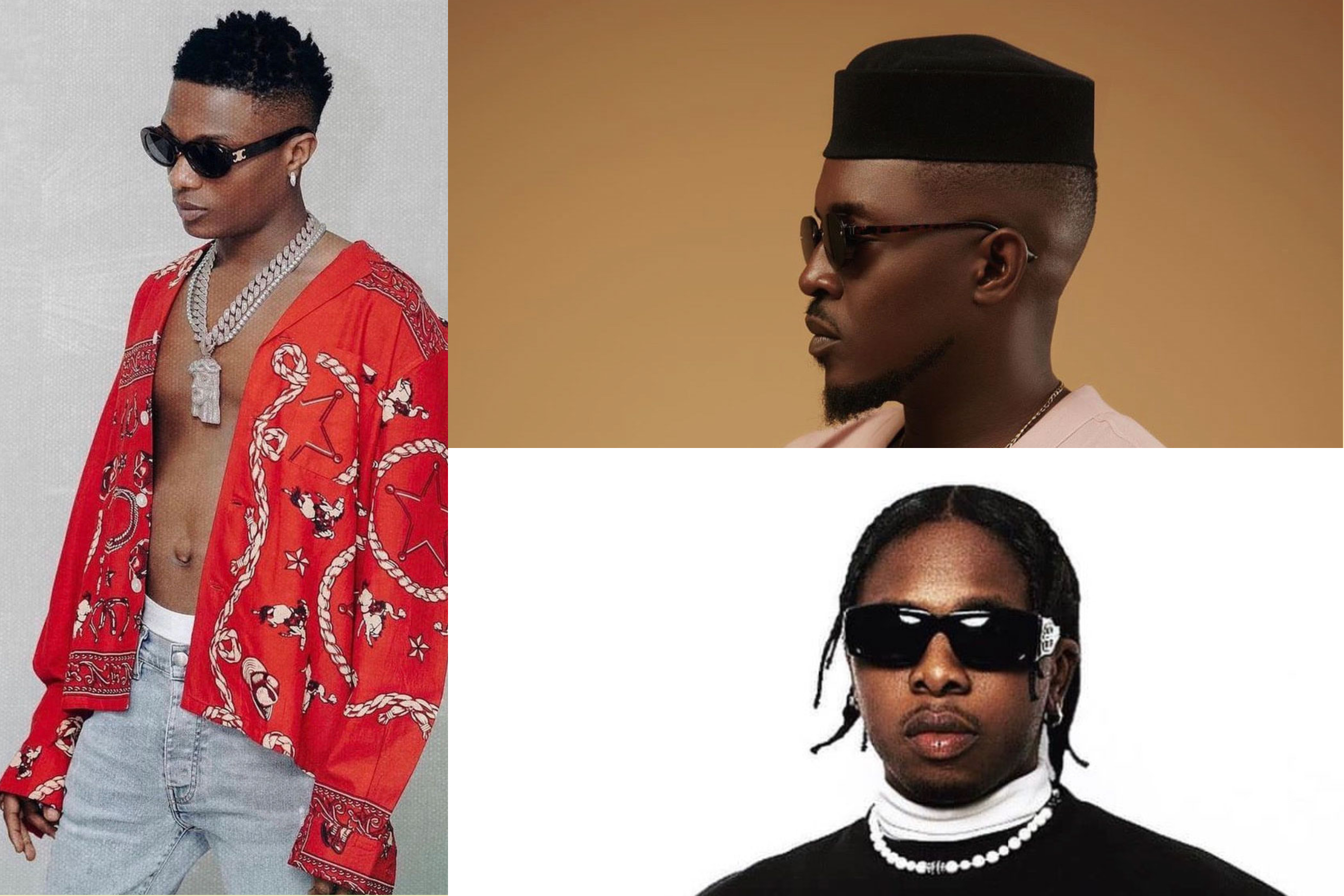 This year has been a good year for the Nigerian music scene. We’ve witnessed the release of top albums like Burna Boy’s Love, Damini, Rema’s Rave & Roses, Omah Lay’s Boy Alone, Fireboy DML’s Playboy, Adekunle Gold’s Catch Me If You Can, Simi’s To Be Honest, Falz’s B.A.H.D and more.

While these albums have been worth the listen, propelled by some of the best productions, we still await some albums from some of our favourite artists, set to be released before the end of the year.

Without further ado, check out some of the Nigerian albums to expect before the end of 2022. 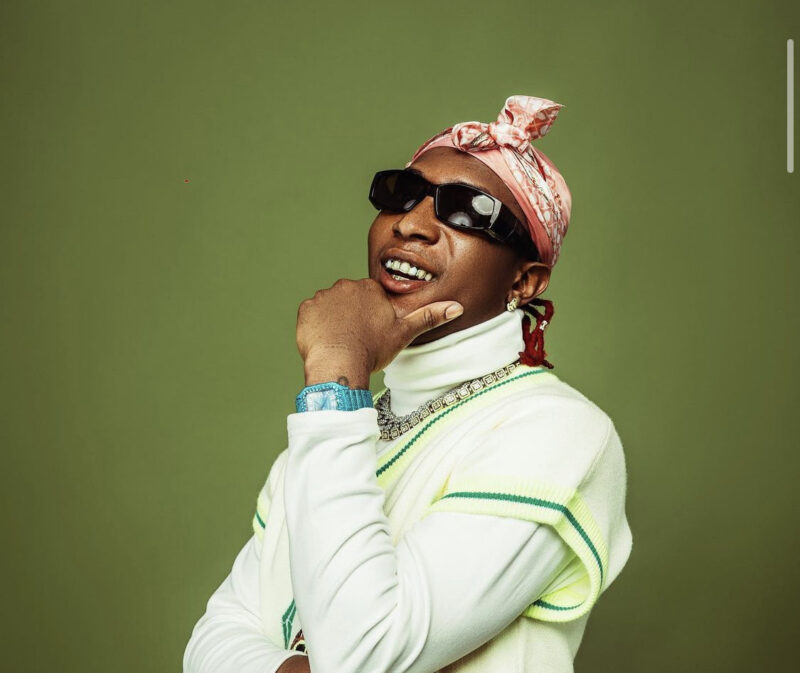 After releasing his High Tension 2.0 extended play in 2021, Bella Shmurda announced the release of his debut album in an interview with Beat FM. He said the EP is just a teaser for his forthcoming album, Hypertension. According to him, the album has been in the works for a while and was said to have been completed at the time of the interview. Although we don’t know the reasons for the delay, we expect that the album would be a hit owing to his previous projects like High Tension and its sequel.

The indigenous singer has been involved in many songs this year including Wild Party alongside Rayvanny & Krizbeatz, Elevate (Remix), Fvck Off, and  Cobham’s Jah Eli Jah. We can’t wait to see the kind of tension Bella Shmurda’s Hypertension brings. 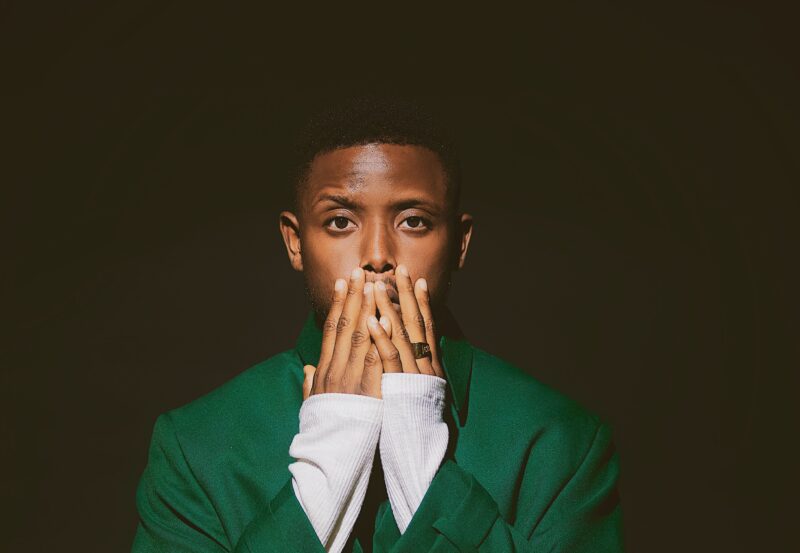 When super-talented singer Chike dropped his Boo of the Booless album in 2020, the streets went wild. The storytelling, versatility and distinct vocals displayed on the project made it an instant classic.

Now, Chike is set to release his sophomore album titled ‘The Brother’s Keeper’ on the 25th of August and we can’t help but get so excited. According to him, the album is a reflection of his successful journey after the release of Boo of the Booless. “Trusted to be a beacon of hope, a lover, a carer, a provider, a friend, and a brother to those that stand behind me, and everyone around me,” he wrote about the album in a tweet.

The Brother’s Keeper is set to drop on the 25th of August and has been revealed to house a total of 16 tracks with features from Flavour, Ycee and Azanna as well as exclusive productions from the industry’s best: Killertunes, Lord Sky, Dee Yasso, Tee-Y Mix, Echo The Guru and more. Owing to Chike’s musical abilities and his past achievements, we are positive that The Brother’s Keeper is going to be one of the highlights of 2022. 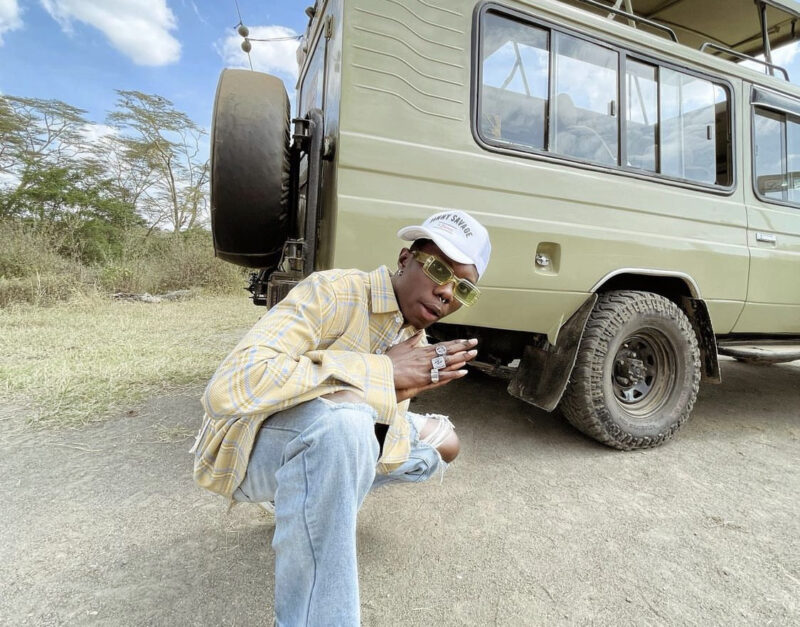 Blaqbonez previously announced that he is been working on a new album on his Twitter page. In a tweet, he wrote, “my next album is called ‘Young Preacher,’ been working on it since the day dropped Sex over love.” Since the release of his 2021 Sex Over Love, Blaqbonez has been the opposite of a preacher of love. He held a whole concert dubbed “Breaking the Yoke of Love Crusade” where he gave other performing artists names like evangelists, ministers, and elders. He also went ahead to release Go Home earlier this year and it strategically keyed into the ‘no-love’ message.

Seeing that Blaqbonez has an album in the making called “Young Preacher”, we are wondering what kind of funny tactics the rapper wants to pull on us this time and this keeps us excited and anticipating the release of the new album.

Asake – Mr Money With The Vibes 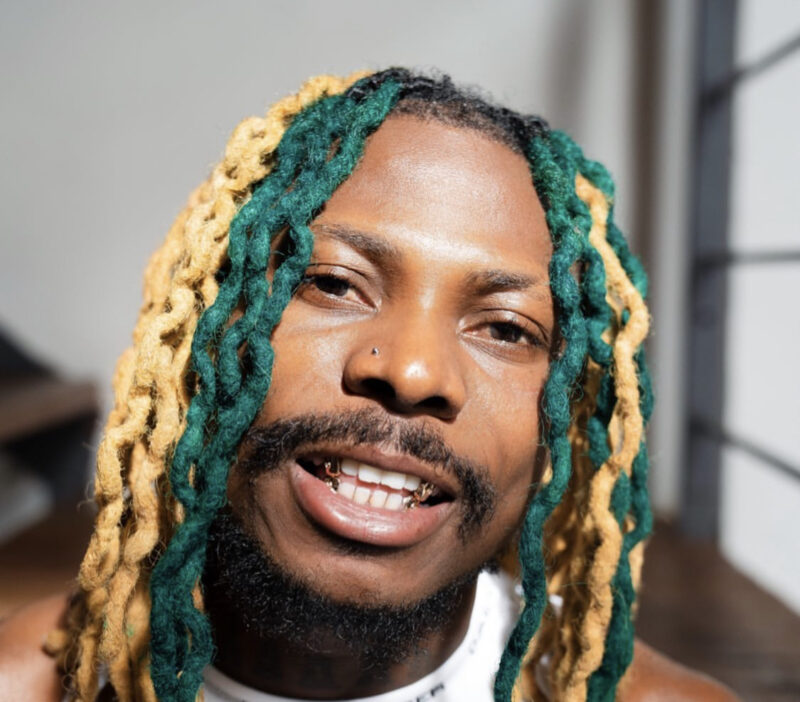 Asake has been on an amazing run this year. From the release of the critically acclaimed Ololade Asake EP which housed hit tracks like Sungba and Omo Ope to Pallazzo with DJ Spinall and the now trending feature on Fireboy DML’s Bandana, it almost like he’s unstoppable at the moment.

On his Twitter page, the talented singer announced the arrival of his debut album saying, “I can’t wait to share my first ever album with the world ‘MR MONEY WITH THE VIBE’#MMWTV Coming soon.” Considering that Asake has given us no bad songs since his breakout tracks Mr Money, Omo Ope, and Sungba, which later earned him a smashing remix with one of the biggest Afrobeats artists in the world at the moment, Burna Boy, we expect that this album is going to be a good one. 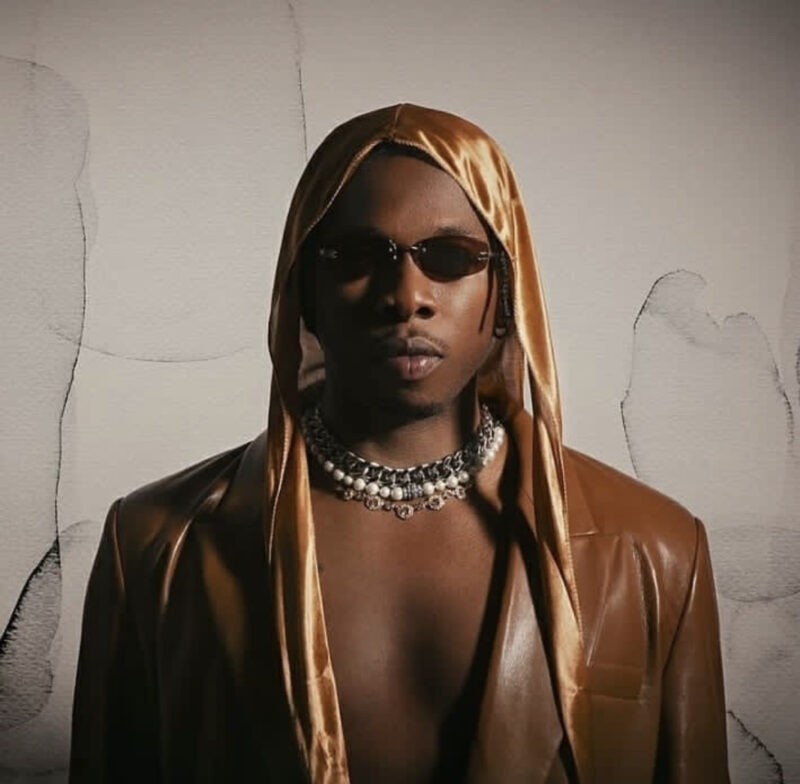 Runtown has been away from the music scene for a while, so when he declared the coming of his new album ‘Signs,’ fans got euphoric. The singer has kept us glued in the past with tracks like Mad Over You, Energy, Lagos To Kampala featuring Wizkid, Bend Down Pause, and more, all from his Soundgod Fest Vol.1 released in 2018. So, when we think of a new Runtown album, we can’t help but get nostalgic.

The album is said to house 11 tracks including the previously released If e Happen for Lagos. The Mad Over You crooner spoke about the forthcoming album in a tweet, “my favourite work of art yet! Thankful for all the love we received working on this project. There are no condolences only SIGN$ aligning.” 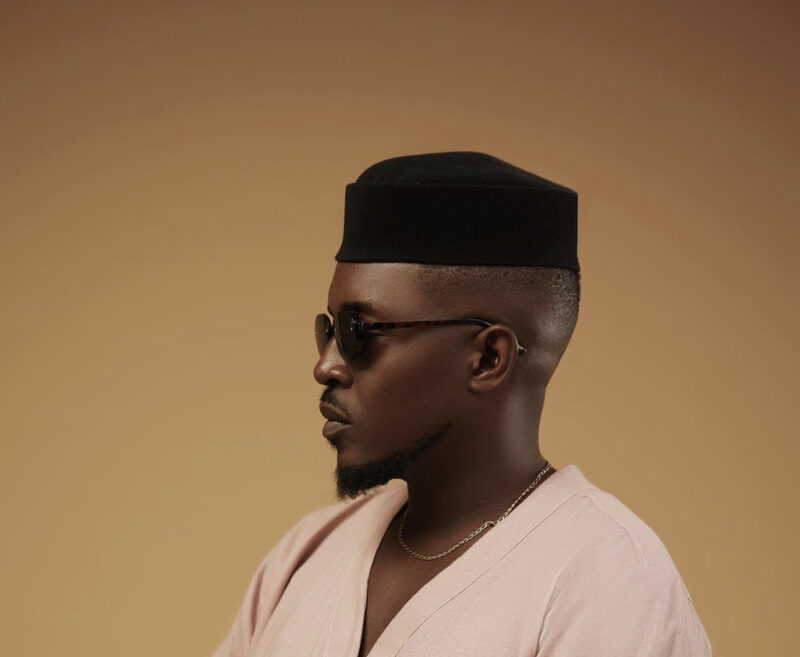 When M.I Abaga drops an album expect bars, punchlines and the best lyrical delivery. Having won the Headies Award for the Best Rap Album and Lyricist on the Roll in 2016 and 2018 respectively, the revered rapper is not the one to joke with when it comes to hip-hop.

After continually teasing the album on his social media pages, M.I recently revealed via a tweet that his new album, The Guy would be released on August 19th. The album consists of 12 tracks with features from Nas, Olamide, Jesse Jagz, Wande Coal, Ice Prince, Duncan Mighty, and BNXN. He’s also asked his fans to address him with the new moniker, ‘The Guy’ as a build-up to the new album as well as released a single titled, The Guy. With five more days to go, we can wait for the release of this new album. 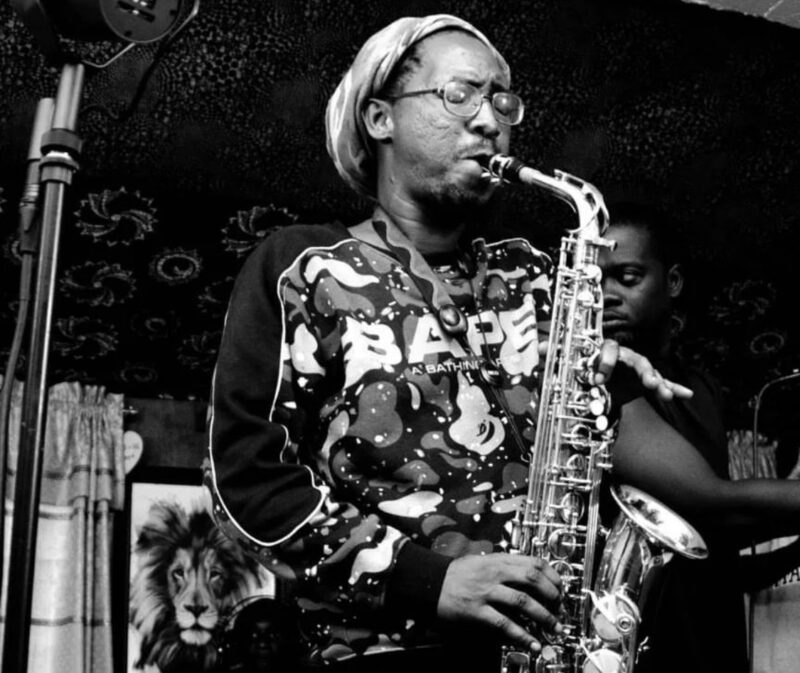 M.I Abaga did say Jesse Jagz is the greatest in lyrics of ‘I’m Hot.’ “See even Jagz don’t mess with me and Jagz is the greatest.” No doubt, Jesse Jags is one of the best rappers to come out of Nigeria. The ace lyricist has proved his career worth with albums like Jagz of all Trade and Jagz Nation Vol 1: Thy Nation Come.

The announcement of Jagz new album, Family Tree came with a twist, “my forthcoming album is going to feature a lot of music genres. Hip hop, Jazz, Reggae, Afrobeats, R&B, Pop and so much more. The waiting hasn’t been in vain! You’ll understand why Leo had to isolate,” he tweeted. Normally, Jagz is the type to do full hip-hop but with this tweet, it’s obvious that we should expect different genres which even makes us more delighted about the release of the new album. 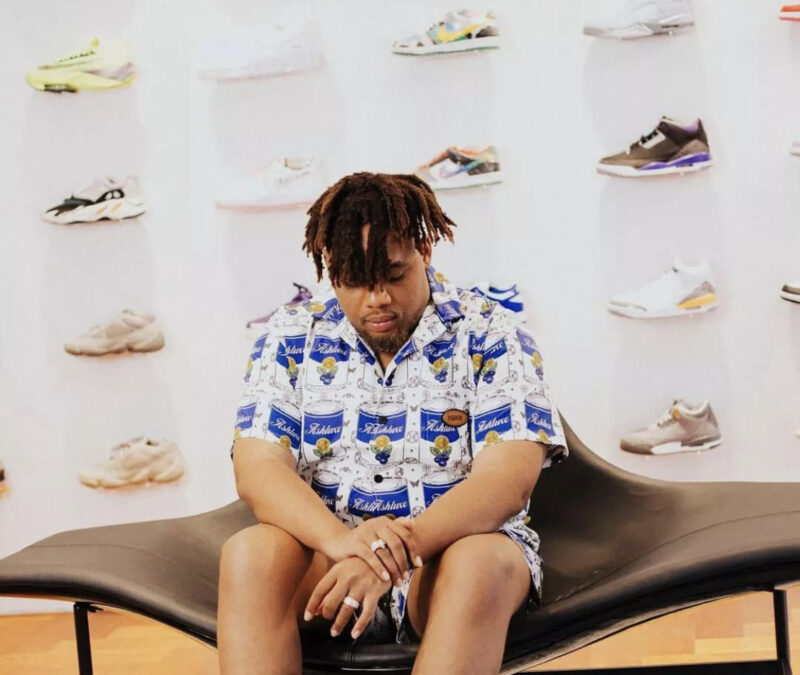 BNXN has recently been one of the most featured artists in the Nigerian music industry which goes to show how talented the artist is. He previously released the EP, Sorry I’m Late which was a success and now he has announced his forthcoming album titled, Bad Since ’97.

BNXN fka Buju has always told us he’s bad from the onset in songs like Daniel Benson, so the title of the project doesn’t come as a surprise. The talented artist previously released the album cover on his Twitter page and has also listed the producers in the project. In anticipation of the forthcoming project, notable artists have been showing support. Jae5 tweeted, “@BNXN. Bout to shut down everything “Bad since 97” is coming!!!!.” 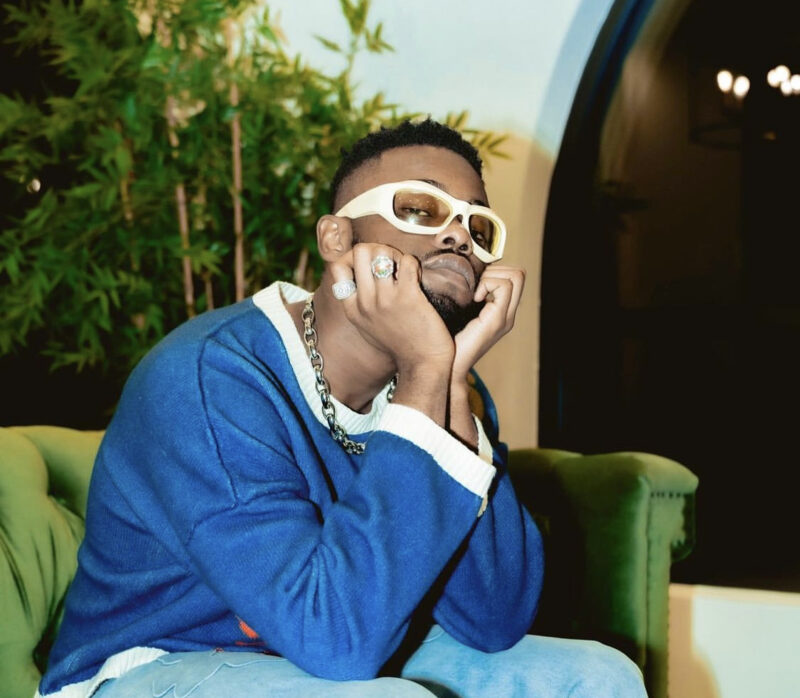 Lojay dropped LV N ATTN EP last year with Sarz and it was one of the highlights of 2021. The EP ushered him full-on into the music industry, putting him on some of the most popular shows as well as a collaboration with American artist, Chris Brown on the remix of Monalisa this year. Seeing how the EP blew up in a short length of time, the coming of a new Lojay with his forthcoming album, Gangster Romantic is pleasing to fans. 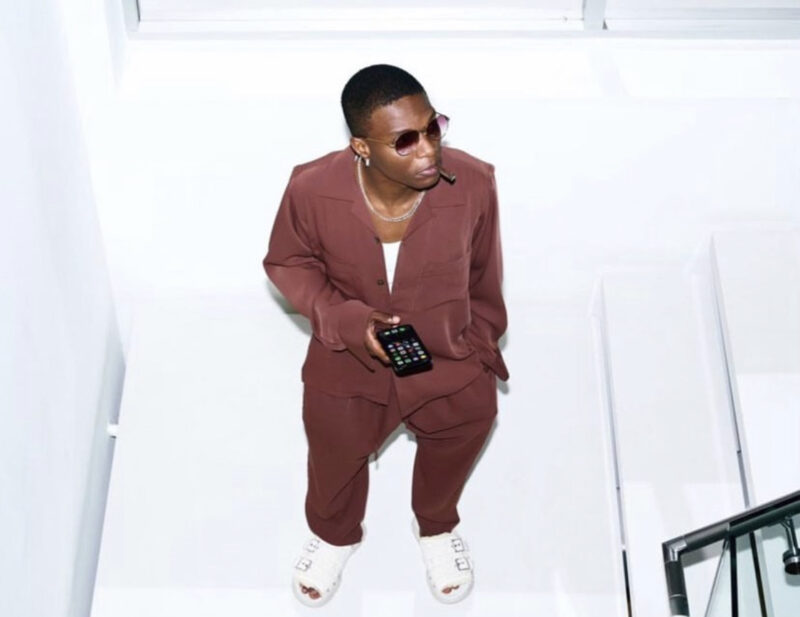 We can never forget the impact of Made in Lagos on African music. Different artists couldn’t let go of the album they kept jamming to the songs and posting their social media pages. Songs like the Tems-assisted Essence became like an anthem and earned a Grammy Award nomination for Best Global Music Album and the parent album being nominated for Best Global Music Album category.

Expectantly, when Wizkid who is also referred to as ‘Machala’ announced that he had an album in the making, his fans went euphoric. Wizkid has been dropping hints on the album and it has been one of the most talked about projects in 2022. . Wizkid’s More Love, Less Ego promises to be an interesting one owing to the singer’s musical prowess.