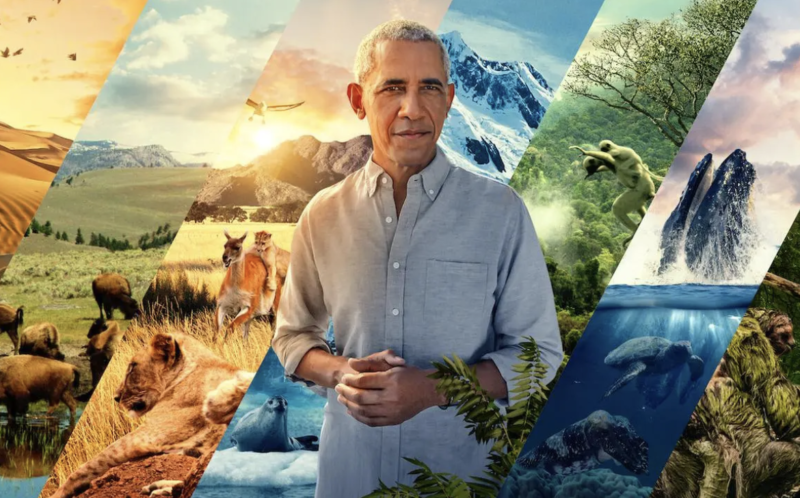 Former US president Barack Obama has won an Emmy for narrating the Netflix docuseries “Our Great National Parks.”

Our Great National Parks is a five-part docuseries featuring national parks worldwide and their wildlife. It was released on April 13, 2022.

Our Great National Parks takes us to the world’s untamed beauties, from African beaches to Japanese islands, to Australia’s Great Barrier Reef in one episode, and then goes to South America to encompass the twenty-four unique national parks in the Chilean Patagonia.

California’s coastline is also featured, as is the Gunung Leuser National Park in Indonesia, home to the Sumatran tiger.

The docuseries received mostly positive reviews upon release, with most praise directed at its photography. Mentions of climate change in the context of how it negatively affects landscapes, and the ecosystems of the national parks are highlights of the docuseries.

It also explains what actions are being taken to mitigate its effects in each of the explored wonders of the natural world.

On the other hand, not everyone reacted positively to Obama being awarded the Emmy due to certain actions taken by the Columbia graduate during his time as president.

For example, his expedition on the southern leg of the Keystone pipeline and embracing fossil fuels, despite promises of future generations, remember his rise as the moment when the planet began to heal.

During a speech in Cushing, Oklahoma, back in 2012, Obama received with applause upon declaring that under his administration, America was producing more oil than at any time in the last eight years from then.

Nonetheless, the Emmy award has made Obama halfway an EGOT. An EGOT is a person who has won an Emmy, Grammy, Oscar, and a Tony. There are only 17 EGOTs to date. Obama had also won Grammy Awards for audiobook readings of two of his memoirs, “The Audacity of Hope” and “A Promised Land.”

On top of that, Obama’s documentary, “American Factory,” produced by Higher Ground, won the award for best documentary at the 92nd Oscars.

Higher Ground is the production company of the Obama’s, and the documentary was produced as a joint with his wife and ex-first lady Michelle Obama. Michelle Obama herself won a Grammy for reading her own audiobook in 2020.

Barack Obama is the second president to earn an Emmy, following Dwight D. Eisenhower being given a special Emmy Award in 1956.