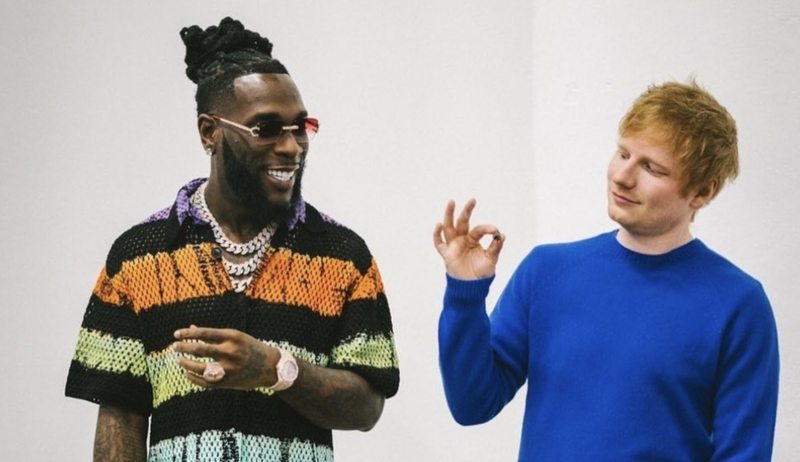 Burna Boy’s 2022 campaign is near perfect as he adds another certification to his highly decorated collection. The Afrobeats record ‘For My Hand‘ by Burna Boy featuring Ed Sheeran has now earned a silver certification in the United Kingdom for amassing over 200,000 units.

The announcement was made yesterday on the microblogging and social networking platform Twitter via the official BRIT Awards handle with the caption: “For My Hand, the single by @burnaboy featuring @edsheeran, is now #BRITcertified Silver.”

‘For My Hand’, assisted by UK’s finest, Ed Sheeran is the 13th track off Burna Boy’s eponymous album ‘Love, Damini‘ released approximately three months ago. The song which is currently charting at the 20th position on the UK’s Official Singles Chart will join the global smash ‘Last Last‘ as his 2022 releases with a certification in the United Kingdom.

The album ‘Love, Damini‘ which serves as his sixth on his discography is a follow-up to the Grammy-winning Twice As Tall LP released just about two years ago, is a silky-smooth fusion of Afrobeats, Dancehall, and R&B. It counts a wholesome of 19 tracks and includes guest appearances by J Balvin, Popcaan, Khalid, J Hus, Blxst, Kehlani, Ladysmith Black Mabazo, Victony, and of course, Ed Sheeran.

Burna Boy has shared several hints pointing towards the release of a deluxe edition of his Love, Damini album. Although we’re not certain yet, there have been rumours on the internet that the project is currently in the works.

‘For My Hand‘ will serve as Burna Boy’s 11th certification in the United Kingdom across all credits. The Grammy-winning superstar has previously earned certifications for his African Giant album (Gold), Location (3x platinum), Own It (2x platinum), Be Honest (Platinum), Ye (Gold), Play Play (Gold), Last Last (Gold), On The Low (Silver), Simmer (Silver), and Gumbody (Silver).