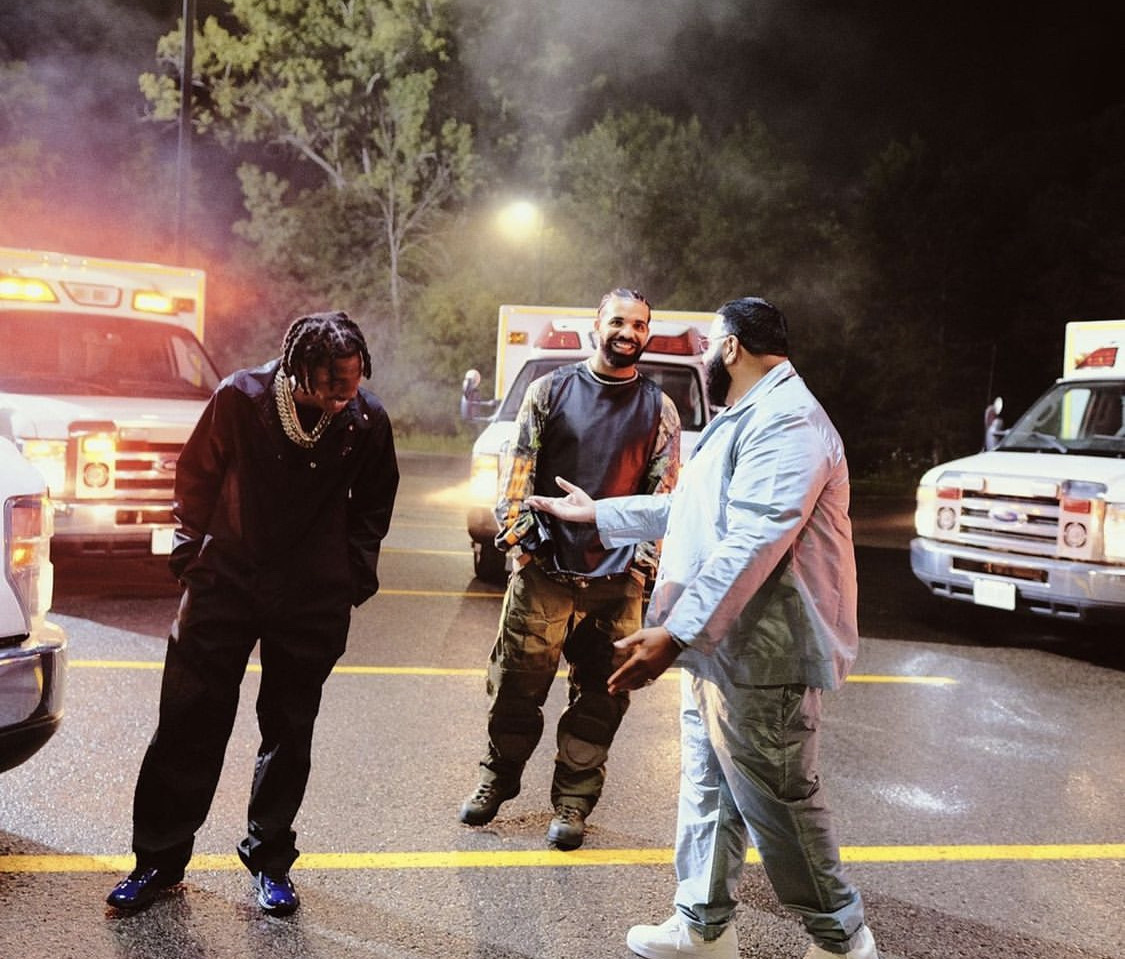 The song’s chorus is an insinuation of Bee Gees’ song of the same name as made famous in the 1977 John Travolta movie, Saturday Night Fever. The Gibb brothers of the Bee Gees are listed as lyricists and composers on the song’s credit.

The R.T Thorne-directed accompanying music video sees the trio in a fictional hospital. DJ Khaled starts off the song by introducing the hospital as the Khaled Khaled hospital; for those who didn’t believe, with Drake and Lil Baby getting into character.

While the hospital itself may look like a real one with Drake dressed as a surgeon in blue scrubs and Lil Baby taking up the role as the head of cardiothoracic surgeon, it appears that this hospital might also be a trap house. Drake a.k.a Dr. Graham checks the heartbeats or more like ‘b*obs’ beats of hookahs while he smokes out of a pot of shisha with Dr. Jones (Lil Baby) on the other side taking a smoke as he flips through the records of his patient. Drake takes the first verse with Lil Baby hitting up bars on the second verse while they all come together for the chorus.

In a post on Instagram, DJ Khaled who plays the head of general surgery describes the mission statement of the hospital, “we represent the future of medicine. Our surgical residents are at the top of their class, our highly decorated doctors are at the top of their fields, and our equipment is simply put, state of the art.” “We are here to ensure that you are always #StayingAlive. We are here to do God’s work,” he added.

God Did is a follow-up to his last year’s album, Khaled Khaled. When DJ Khaled announces the release of a new album expect hits, collaborations with top artists, and high-budget creative videos. Staying Alive is a creative and intuitive track that serves as an immersive build-up to his highly anticipated 13th studio album set to drop on August 26th via We The Best Group/Epic Records.