HomeFilm and TVInside the VFX of Black Panther, Wakanda Forever
Film and TV 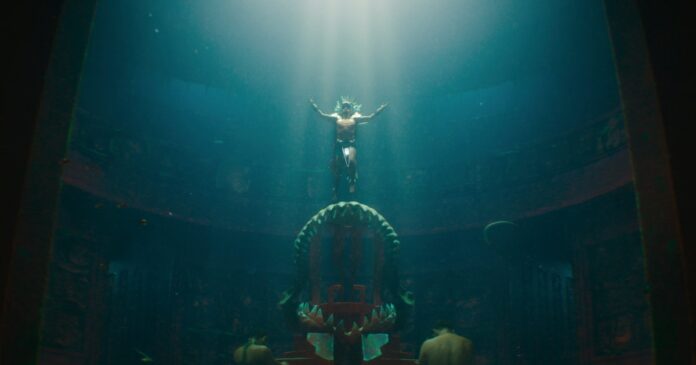 Black Panther II: Wakanda Forever’s VFX studios had a lot of fun toying around with all of Wakanda’s high-tech gadgets.

Wakanda is practically the most advanced country on Earth in the Marvel world.

That’s because they use vibranium, a rare metal that’s one-third the weight of steel, can serve as an ultra-resistant shield, and even amplify magical energies.

It also means everyone wants to get their hands on vibranium, which has been a crucial plot point in both Black Panther movies.

As per TechCrunch, nearly a dozen VFX houses contribute to just one Marvel project.

An Emmy-nominated design and VFX lab, Perception, was tasked with designing most of the technology observed in Black Panther: Wakanda Forever. Wētā FX also provided VFX for the film.

Bringing the ultra-high-tech African nation of Wakanda to life was no easy feat for Perception.

But with 20 years of experience under their belt and experience from the first “Black Panther” film, they already had an idea of how to create mesmerizing visuals that could honor Wakanda’s legacy.

The premature death of Chadwick Boseman in 2020 greatly affected the film’s story and visuals. A cast united in grief both in and out of the screen now had the daunting task of rethinking the story and the future of the franchise. Boseman died of Stage 4 colon cancer in 2020, and instead of a recast, his death was also incorporated into Black Panther: Wakanda Forever.

This time, the VFX team was also tasked with creating the underwater world of Talon, an aquatic kingdom ruled by Namor.

Inspired by Mesoamerican civilizations, the underwater kingdom’s architecture had to be carefully considered, let alone the visual effects of an underwater society.

Look at Avatar: The Way of Water’s case example. James Cameron and his team spent several years developing technology that could recreate the appearance of a real ocean, and also film accurately underwater.

Wakanda’s team might not have spent so many resources in creating a realistic underwater world, but they did go far enough to create even accurate, CGI models of all common fish poop shapes.

The budget for Black Panther: Wakanda Forever, was estimated at $250 million, and it grossed over $831 million worldwide, becoming the sixth-highest grossing film of 2022.

You can be certain a big part of that multi-millionaire budget went to CGI and VFX!