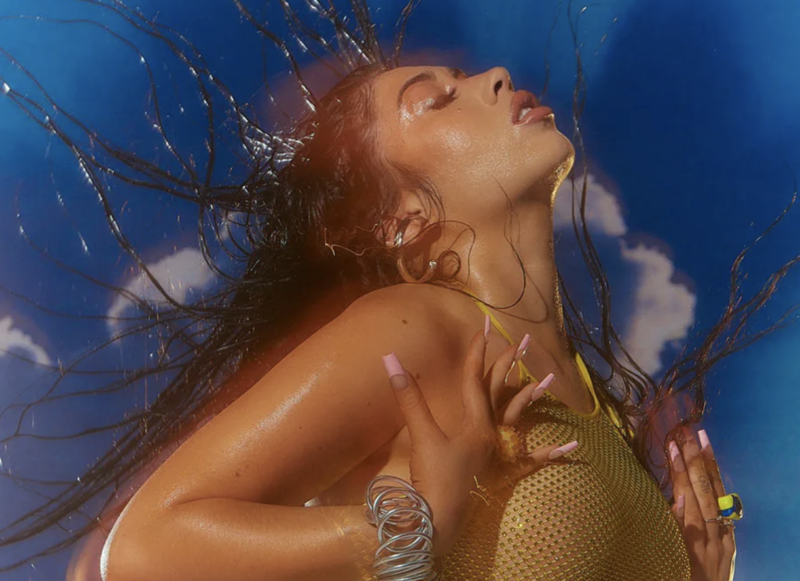 Kali Chis has shared her new title, “no hay ley.” This is her first solo since she dropped her 2020 album Sin Miedo (del Amor y Otros Demonios)∞.

The lyrics are an invitation to love and passion. They are allusive to the emotional reactions triggered by attraction and physical acts of love. She stated that she wrote the song “putting love above all else.”

As per her statement, “No hay ley” refers to the idiom “En el Amor no hay ley,” which translates to “there aren’t laws to love.” The lyrics deride people criticizing you when you fall in love or stating that you shouldn’t fall in love too fast.

With “no hay ley,” Kali Uchis provides some commentary on the contradictory dating advice provided by society to single people and couples.

Love should be what you make it to be, and only you have a say and understanding of what you feel when you’re with someone you love.

She urges her fans to be with whoever makes them happy and not listen to what the public says about it because that’s none of their business.

The track features a retro house vibe with an upbeat tone, especially a scat singing in the chorus.

Kali Uchis stated that “no hay ley” would be a teaser to what’s coming in her new repertoire. Her album Sin Miedo (del Amor y otros Demonios) ∞ is responsible for catapulting the Colombian-American artist to fame.

Kali’s “live and let live” vibe towards songwriting, on top of TikTok promoting her music through trends, was part of what helped cement her song in the Latin Digital Song Sales chart for ten consecutive weeks.

On April 21, 2022, Uchis stated on the Latin American Music Awards red carpet that she had already finished recording her third and fourth studio albums, one in Spanish and one in English.

It’s also Billboard Hot 100’s longest-running Spanish song by a solo act in this decade, with a 23-week streak.

Uchis won a Grammy Award for Best Dance Recording for her feature on Kaytranada’s single 10%, an important song that brought her to mainstream popularity.

Watch the video and song for “no hay ley” here.