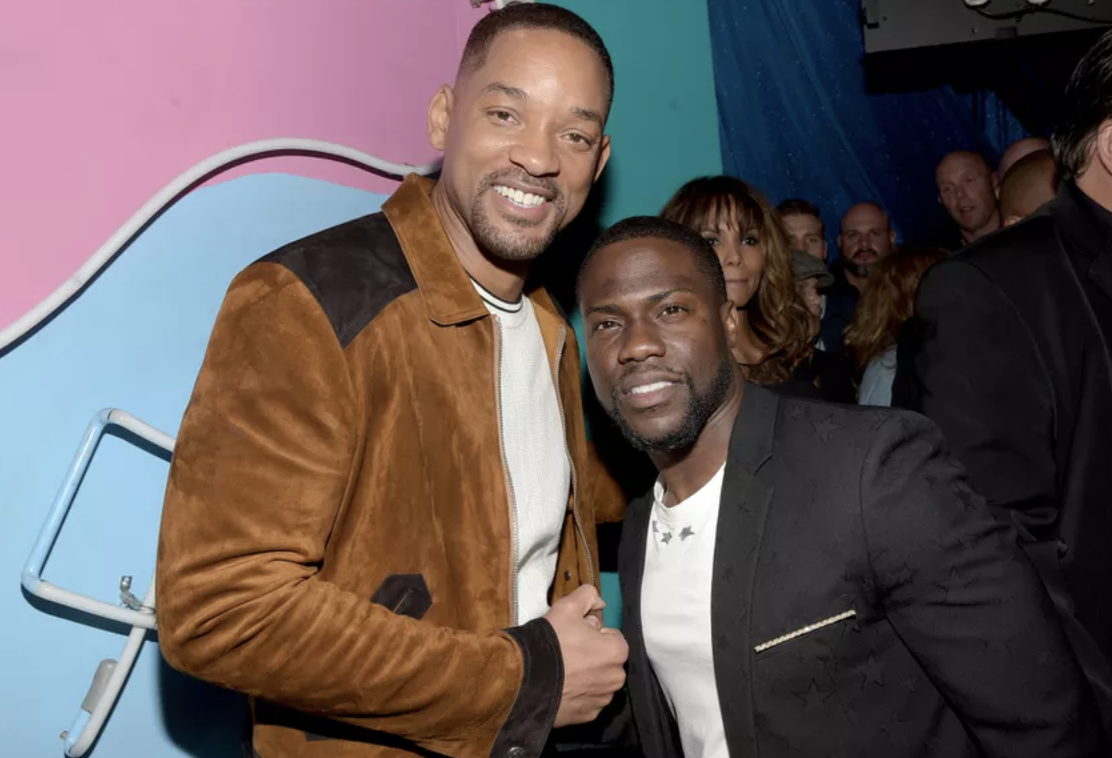 “People make mistakes, and from mistakes they should be allowed time to recover.”

Will Smith has already announced his first project post-Oscar’s slap, participating in the first adaptation of the Brilliance trilogy novels.

When Kevin hart was asked about Will Smith’s Oscar slap of Chris Rock, he urged the public to let the incident vanish into oblivion.

The interview was actually about Hart’s experience with standup comedy, his movie career and personal life, with the intervention on his opinion about Will Smith being near the end of the video.

Watch the interview here for yourself.

He sat down with Revolt’s Drink Champs and co hosts N.O.R.E. and DJ EFN, and during a round of Quicktime or Slime, they asked him who he’d choose between Ice Cube or Will Smith.

Instead of picking either of these options, the “Ride Along” star simply said: “Dark times deserve f**king great light. I’m not going to s**t on my brother.”

He elaborated saying that Will Smith is not only a legend, and he’s not only a GOAT, but was then interrupted by N.O.R.E who called Smith “a gangster” for slapping Rock.

Hart disagreed, “Those are your words, not mine,” and proceeded to praise Will Smith and his work.

Kevin Hart considers Smith to be the reason why the idea of African Americans being attached to global IP is normal, and that studios took the gamble on more leads of color because of the work put on by Will Smith and Denzel Washington.

He further explained how he wasn’t going to criticize Will and forget his legacy. Smith previously spoke in July about striking rock during the 2022 Academy Awards. He noted that people make mistakes, and from mistakes they should be allowed time to recover.

Hart believes that the ensuing situation is Will Smith and Chris Rock’s problem, and that the world should step out of it.

As per Hart’s words, Smith is apologetic and in a better space months after his controversial act during the awards ceremony, which earned him a 10-year ban from assisting to the event.

Hart is personally friends with both, and has expressed support for both sides of the celebrity feud. He certainly didn’t want to partake in attacking his friend.

While fans of both celebrities have their own ideas on how they should act, Will Smith has attempted to make amends with Rock, who hasn’t answered given a public answer on the situation ever since.