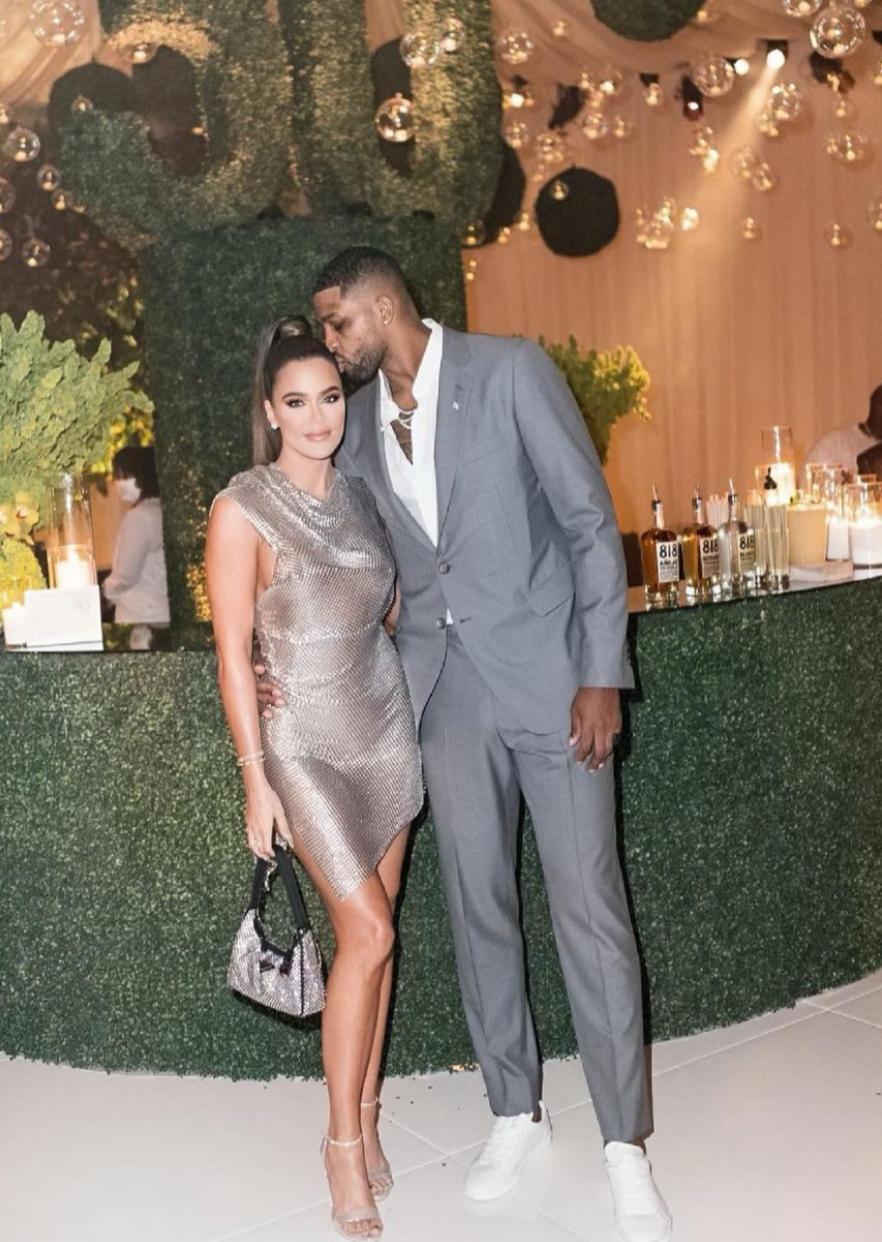 Khloé Kardashian has given Kardashian fans a glimpse of her baby boy in the season 2 premiere of the Kardashians.

The Kardashians kicked off on Hulu, which follows the life and struggles of Kris, Kourtney, Kim, Khloé, Kendall, and Kylie.

She’s been searching for names for her baby boy and mentioned how it’d be starting with a T. Kris Jenner added some suggestions in the promo, such as the name Travis, which is common in the family.

That’s because Kylie Jenner is dating Travis Scott, while Kourtney Kardashian is married to Travis Barker.

The season focuses on the emotional aftermath of Khloé Kardashian and their family discovering Tristan Thompson’s cheating scandal.

“Tristan and I are – I don’t even know if I wanna say Tristan and I – I am having another baby, and obviously, it’s just really private, and I just don’t want this to get out right now because I want to protect, I think, my mental well-being as well as the surrogate’s and all of that.”

She stated how it had been a lot to go through at the same time. Khloé mentioned how despite the drama caused by the separation, she wishes for the NBA star to form part of the lives of their two kids so that they don’t develop daddy issues later in life.

Thompson was at the hospital to deliver their second child, a baby boy born via surrogate. She was doubtful about having Tristan there or not but decided that if he wanted to be there, then he should, as he’d never get this moment back.

The first look inside the birth of Khloé’s son was captured by Kim Kardashian, who joined her sister at Cedars-Sinai Medical Center in Los Angeles.

Khloé stated that she was not ready to welcome another child, but Kim reassured her sister, saying, “you’re never ready, but you’re ready.”

In another confessional during the episode, Khloé stated how she was grateful for her second child overall, despite struggles in 2021.  Thompson fathered Maralee Nichols’ child while he was dating Khloé.

December and the following months were a dark moment for Khloé Kardashian, with a feeling of a dark cloud looming over her. She felt depressed and sad, and now that her son was there, she got to close that chapter and put it behind her.

She stated how she’d begin the healing process, start enjoying her life with two kids, and figure out how to deal with the aftermath of Thompson’s cheating scandal.