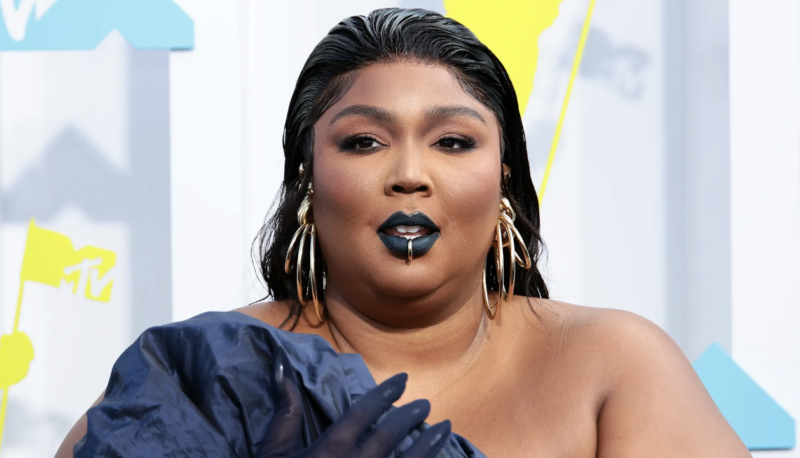 The 2022 MTV Music Awards was a night of many laughs and tears of all kinds, as artists from all walks of life went on stage to take their awards.

34-year-old singer Lizzo was awarded for the “Best Video for Good” category, thanks to her “About Damn Time” music video.

The song and video both celebrate self-confidence while experiencing pressure. Other nominees for the category included Latto’s “Pussy”, and Kendrick Lamar’s “The Heart Part 5”.

Comedian Aries Spears was asked about her music and songwriting in a video interview. He claimed that he can’t get over that Lizzo looks like the poop emoji.

Once Lizzo took the stage, she thanked her fans and encouraged them to use their voices to induce change in the world.

Funnily enough, she also commented on the weirdness of the category she was awarded.

She decided to say nothing else about Spears because she’s winning. This sparked widespread applause before she quoted Beyonce’s “Formation” single, “Best revenge is your paper, bitch!”

The “Truth Hurts” singer has always been an advocate for body positivity, and open about her struggles with body image.

One of her most famous statements was calling out people who assume those with larger bodies must have health issues, as Spears’

Aries Spears was interviewed on what he thought about Lizzo and said that “she’s got a very pretty face, but she keeps showing her body off. A woman that’s built like a plate of mashed potatoes is in trouble.”

He admitted that he’s no the most “in shape”, but handsome enough to attract women.

Perhaps after these caustic fatphobic statements many women will think twice about Aries Spears, and not in a good way.

His fat phobic rhetoric went long enough for him to claim he has an issue with women’s hypocrisy, explaining that they need to be more real with one another and tell each other when they need to start exercising.

The clip of the interview went viral on Twitter, garnering more than 3 million views in less than 48 hours.

Lizzo’s loyal fanbase, and the artist herself, clapped back at Spears. A fan tweeted that Aries Spears is a fragile child throwing a tantrum because she’s successful and living an authentic truth, while he’s lacked support in his career as a fat Black entertainer. They labeled his words as projectionism.

Many Lizzo fans didn’t even know about Spears until he became viral for attacking her, as they made evident through their heated tweets.