Rema & Selena Gomez: Everything we know about their collaboration 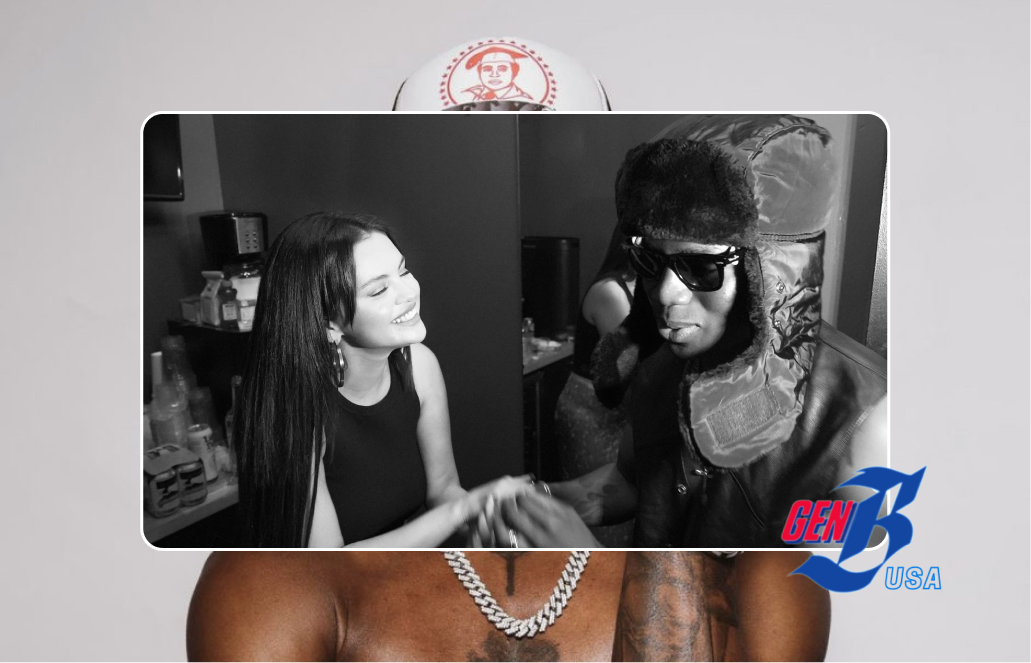 Rema, the highly acclaimed prince of Afrobeats, has been one of the phenomenal artists from the African continent in the last few years. Since he arrived on the block in 2019, he’s been hot, proven his star power and has stayed atop of the music conversations, alongside the likes of Burna Boy, Wizkid, Davido, CKay, Omah Lay, Fireboy DML, Tems and more.

With multiple hit records, certifications and awards to his name, Rema has earned a unique spot in the wider Afrobeats conversations locally and internationally, becoming a formidable force to be reckoned with, and also attracting important attention from fellow artists from different angles of the world. Drake, Chris Brown, Lil Nas X, Offset, Jason Derulo, and Selena Gomez are some of the artists that have shown colossal interest in Rema’s music.

Selena Gomez is the latest to get a taste of Rema’s amazing music and they’ve decided to make it worthwhile by collaborating on a song, as previously announced. Thanks to Rema’s Rave & Roses North American Tour, she was spotted having fun at Rema’s concert in Los Angeles, California a few weeks back.

With a Rema/Selena Gomez collaboration announced, here is everything we know about it.

Selena Gomez will be on the remix of Rema’s hit record, Calm Down.

Rema’s ‘Calm Down‘ is currently making waves in strategic corners of the world. With certifications in France, Netherlands, Belgium and more, the song is arguably Rema’s biggest hit so far.

Obviously, the song is going to calm down just yet and Rema has decided to amplify it with a remix featuring Selena Gomez – who commands one of the largest followings on social media. The information was revealed yesterday in a Tweet by Selena Gomez which states: “An all new version of @heisrema‘s “Calm Down” is coming 8/26-so excited for this one!“

An all new version of @heisrema “Calm Down” is coming 8/26-so excited for this one! https://t.co/bfrKPmh2Hk pic.twitter.com/QXGPV3yk0z

‘Calm Down’ remix will be out on September 26th.

After several hints on social media, the release date was finally unveiled via Rema and Selena Gomez’s social media handles. The song will be made available on various streaming platforms Friday, 26th September.

Selena Gomez was spotted all pulchritudinous with Rema at his concert in Los Angeles.

Rema’s Rave & Roses North American tour kicked off on the 11th of August and has seen the singer touch down in Seattle, San Francisco, Los Angeles, Denver, Houston and Dallas so far.

Selena Gomez and 6lack attendees at the show in Los Angeles. In a clip Rema shared on Twitter, Selena Gomez was seen kissing Rema on the cheeks after his spectacular performance on stage. The caption reads: “LA gave me Butterflies, Love you @selenagomez & Big ups my brother @6LACK for keeping it real w me!”

LA gave me Butterflies, Love you @selenagomez & Big ups my brother @6LACK for keeping it real w me! ❤️ pic.twitter.com/aul5VS0ZLV

Calm Down is the fastest Nigerian video to clock 100 million views on YouTube.

For a music video that was released back in February this year, 133 million views is an incredible milestone. It gets even better when you realize it is the fastest Nigerian music video to clock 100 million views.

Calm Down is one of the biggest African songs of 2022.

The album ‘Rave & Roses‘ is propelled by ‘Calm Down‘ which is obviously the biggest song on the project. With over 95 million streams on Spotify and 133 million views – being the most played African song on Youtube this year, Calm Down is one of the biggest songs out of Africa in 2022.

Calm Down is housed under Rema’s debut album, Rave & Roses.

Recall that I compiled a listicle of the best Afrobeats albums of the year so far. With albums like Burna Boy’s Love, Damini, Omah Lay’s Boy Alone, King Promise’s 5 Star, Fireboy’s Playboy and others out already, Rema’s Rave & Roses is definitely an album of the year contender.

The album was released back in March and so far, it has garnered over 185 million streams on Spotify making it the most streamed Nigerian debut album on the platform.

Calm Down is originally produced by gifted beatmaker, Andre Vibez.

Calm Down was released back in February.

Calm Down was originally released back in February and later, it was added to Rema’s debut album, Rave & Roses.

See you on Friday!