REVIEW: Megan Thee Stallion is vulnerable yet multifaceted on ‘Traumazine’ 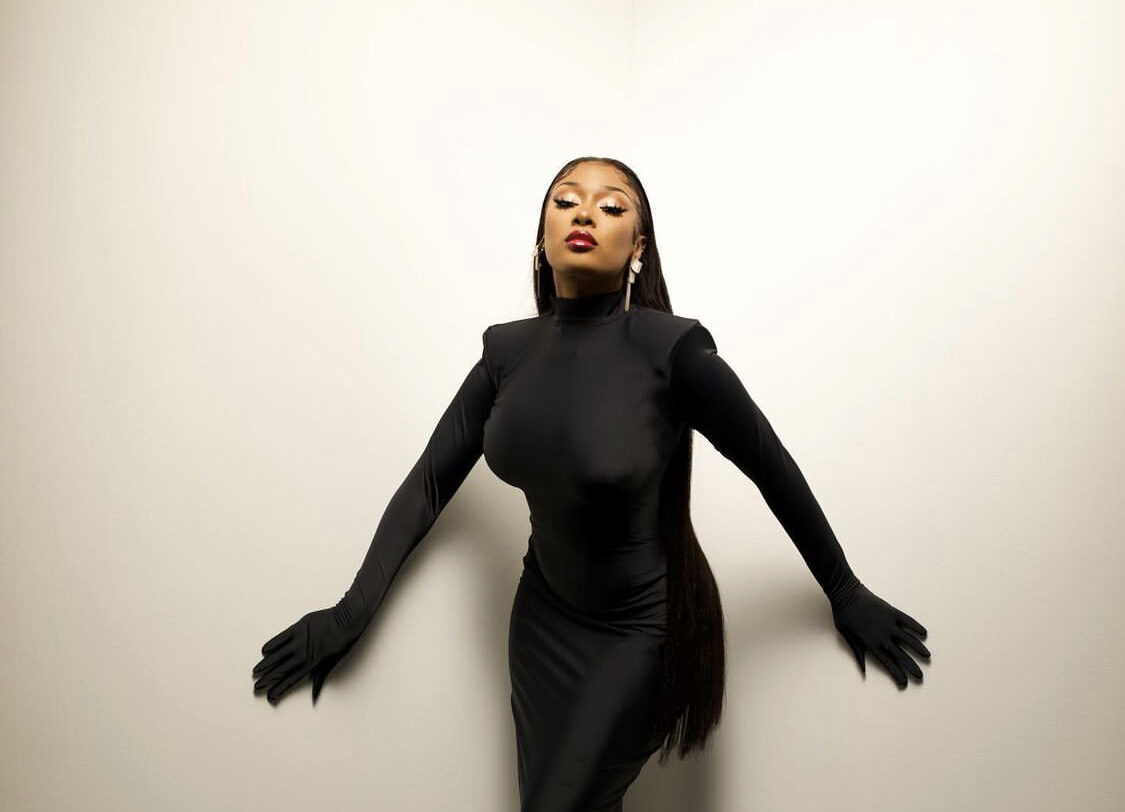 We all know Megan Thee Stallion is fierce, unbothered, and delivers gut-wrenching lyrics that leave you stuck but who knew behind all these bad b*tch energies there is also a vulnerable side?

The Houston artist has shown us that she’s much of a lyrical genius with her initial freestyle videos which garnered so much social media attention to her debut studio album, Good News which won the American Music Awards for Favorite Rap/Hip-Hop album. However, we’ve never seen an emotional side to her.

Traumazine shows up as the most vulnerable Megan Thee Stallion album to date. Fame comes with a lot of media backlash and Megan Thee Stallion has not been left out of this. From the onset of her career, she’s been receiving criticisms on her style of dressing, choice of lyrics, and flirtatious demeanour.

In an interview with RollingStone, she talked about the backlash she received regarding being shot in the feet in 2020 and naming her alleged assailant. According to her, out of nowhere, she became a ‘villain’ “I don’t know if people don’t take it seriously because I seem strong,” then continued: “Is it because I’m not light enough? Is it that I’m not white enough? Am I not the shape? The height? Because I’m not petite? Do I not seem like I’m worth being treated like a woman?”

The most recent one has been her record label holding back her payments and music due to her request to renegotiate her contract. While Megan has mostly responded to critics with alter ego songs like Tina Snow, Suga, and Hot Girl Meg, she’s never been the type to go full-on vulnerable. She’ll rather soak it all up with confident and flirty hot girl lyrics.

On Traumazine, Megan decides to respond to all the criticisms she’s received from the media, and it seems like it’s about that time because even the biggest rappers release therapy rap albums. Kendrick Lamar released Mr. Morale and the Big Steppers to talk about the different emotions he went through during his musical hiatus and Jay Z’s emotional 4:44 album.

Megan begins the introspective project on a hard note with NDA. She comes out clean and concise about the downsides that come with her rise to fame and how she’s not sorry for being herself. The stony percussions and pressure to her voice almost make it feel like she’s talking to you directly and you can feel that she means every word she says.

Just when you are about to catch your breath from the hard delivery on NDA, Megan moves in the same direction on the second track, Ungrateful and still addressing people talking ‘sh*t’ about her. Here she’s speaking to people who act as friends but are ‘fake asses’. This track might seem like she’s referring to the drama that has been going on with her record label. Key Glock’s addition to the track also flows with Megan’s mood but in a much calmer tone.

Anxiety chronicles Megan’s distress as she digs deep into her insecurity “I’m a bad bitch, and I got bad anxiety,” she raps. Even though she’s trying to speak about her anxiety as a performer. Megan doesn’t fail to remind us that she’s a “bad b*tch” and well “bad b*tches have bad days too.”

On Flip Flop, she delivers one of the most emotional lyrics on the album, “ever since my mama died in 2019 I don’t know who I can trust, If your mama and daddy still walkin’ this earth, then you probably ain’t feelin’ my pain.” What makes this line sink is her speaking about how she’s pulling out all these wins without her real support system (her mama) “I keep breaking up all of these wins into ones,“ she continues.

Although she’s talked about the interpersonal betrayal she has experienced on Good News and Something for Thee Hotties, Traumazine marks the first time that Meg has fully infused socio-political commentary into her music. She speaks about the 26-year-old Breonna Taylor who was unjustly shot in Shots Fired. Not Nice sees her rapping about racism and misogyny. “My skin not light enough, my dialect not white enough, or maybe I’m just not shaped the way that makes these niggas give a f*ck.”

Another notable observation about the album is how the songs flow into each other which makes it seem like she’s giving a full speech to her critics. At a point, I can almost see her giving a Martin Luther King speech except for this time it’s rap infused with some ratchet lyrics.

When we think Megan Thee Stallion is about to turn into a freedom fighter or a socio-political artist, it appears Megan is just going to be Megan anyway as she delivers some of the flirtatious and ratchet lyrics we are used to on songs like the Latto-assisted Budget which might soon become a strip club anthem, Scary, and the body confident Her.

When it comes to disses, Megan shines brightly that you’ll never want to be in her bad book. She taps into the ruthlessness of a battle rapper on the ‘90’s inspired track, Plan B and Not Nice. On South Side Freestyle, she takes us back to the Megan who caught the internet’s attention with parking lot cyphers. On an album full of betrayal, it’s refreshing to see Houston rappers who were with her at the beginning of her career, like Lil’ Keke, Sauce Walka, and Big Pokey backing her up.

At large, Megan uses her vulnerability to detail the ups and downs that come with fame in a musical genre that notoriously vilifies black women and dismisses their pain while being allegedly sabotaged by her team.

The lineup of artists on Traumazine also makes it a huge success. Megan and Latto flow compatibly on Budget as two Southern women whose braggadocious dispositions complement each other and make it sound like they’re spitting on their haters. The ultimate fly guy Future’s contribution to the flamboyant Pressurelicious, the pop energy match with Dua Lipa on Sweetest Pie, and the vogue magazine-inspired Star with Lucky Daye.

While Traumazine is mostly a vulnerable album, it’s also multifaceted. On this project alone, Megan Thee Stallion has shown us she can be emotional, address socio-political issues, can do diss raps which is reminiscent of deep-rooted rappers, she still has those hood artist genes we initially fell in love with and she’s the bad b*tch that she always would be.