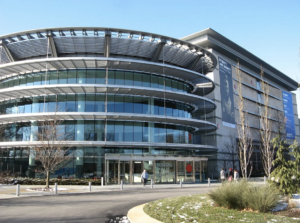 There’s a case to be made about fake inclusivity and positive discrimination in fine arts museum exhibitions.

For as long as possible, African, Afro American, and Afro Caribbean artists have struggled to get their pieces live in big museums and exhibitions.

The Museum of Indianapolis mentioned once how they were looking for Black exhibitions that fit within their white core audience. As baffling as it sounds, one only has to wonder what the African Diaspora has to offer to a white core audience in the first place.

The wake of George Floyd’s death was a before and after in the museum scene in the United States, many of whom attempted to become more inclusive just to cater to Black Lives Matter instead of promoting genuinely good art by Black artists.

The Indianapolis Museum of Arts at Newfields is notorious for an insensitive job posting where they stated they were seeking a director who would work to keep its “core, white art audience” and simultaneously attract a more diverse one.

The director and chief executive, Charles L. Venable, mentioned in an interview last year that the decision to use the term “white” was intentional and indicated that the museum wouldn’t leave out its existing audience while attempting to create a more diverse and inclusive environment. After much criticism, the museum revised its job description.

However, the museum’s culture was called toxic and discriminatory by Kelli Morgan, the associate curator of American art recruited in 2018 to diversify its galleries, who eventually resigned. Supposedly, a board member went on a racist rant that left her in tears.

She mentioned how a key missing aspect of promoting inclusivity in museums is engaging in training efforts to address racism and implicit bias.

In the past, Black artist Guggenheim and National Endowment for the Arts fellowship winner Beverly Buchanan mentioned an encounter in a SoHo gallery who outright told her that they don’t show black art.

It’s no secret that African Americans are mostly absent from historical art collections in many of the world’s largest galleries and auctions. Perhaps because many of these museums are made by major white figures in European and American history?

It is a racist tunnel vision that limits opportunities for incredibly talented Black artists to display their art in fine arts museums.

Thankfully, the fight for inclusivity in fine arts museums has advanced greatly in many parts of the world, such as the UK. Exhibitions are being updated to provide Black British artists with more opportunities to display their art and entire galleries dedicated to African art. Despite being historically overlooked, Black art is rising, and the movement toward dismantling systemic racism in fine arts museums have seen some big steps in the right direction.