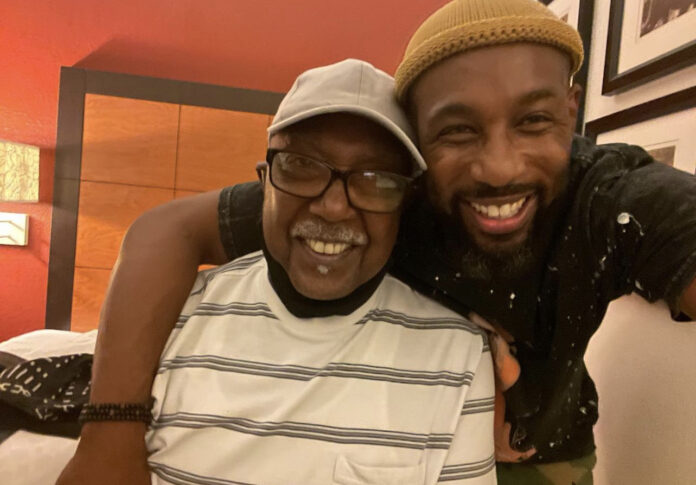 “It is with the heaviest of hearts that I have to share my husband Stephen has left us.”

“Stephen lit up every room he stepped into. He valued family, friends and community above all else, and leading with love and light was everything to him. He was the backbone of our family, the best husband and father, and an inspiration to his fans.”

tWitch began working at The Ellen Show in 2014, and was promoted to the co-executive producer position in 2020.

As a longtime collaborator of the show, Ellen also expressed her grief upon her coworker’s passing:

“I’m heartbroken. tWitch was pure love and light. He was my family, and I loved him with all my heart. I will miss him. Please send your love and support to Allison and his beautiful children – Weslie, Maddox, and Zaia.” She also shared a picture of the two embracing in a hug.

Those who worked with Stephen and Allison called them a powerful and loving couple who made all the dancers and every one part of the crew feel welcome. Stephen’s cause of death was suicide.

tWitch’s energy was infectious, and people seemed drawn to him when he came around.

Micro and macro influencers commented all manners of love, blessings, and prayers in the post.

A Reddit user who personally knew Stephen even shared how he had once spent an entire day driving Stephen around for an Ellen-related project and told him about a personal project he was making at the time.

After dropping Stephen off at home, he got an e-mail notification on his phone for a generous Kickstarter donation that read “much love and good luck” from Stephen.

Another user who was best friends with Cam, Stephen’s little brother in high school also praised him for his enthusiastic energy and gregarious disposition.

Other celebrities like Kerry Washington, Questlove, and Carrie Ann Inaba also mourned him on social media.

tWitch appeared in movies like “Step Up: All In”, and “Magic Mike XXL”. He was also featured in Disney+’s “The Hip Hop Nutcracker”, which was released this year, and placed as runner-up on “So You Think You Can Dance”.

He also serves as judge of season 17 of the dance competition show. He was known as someone who lived, breathed, and enjoyed dance as a form of art. His primary inspirations were

May he rest in peace.